Performance with live voice and audio processes, and video from the voice. 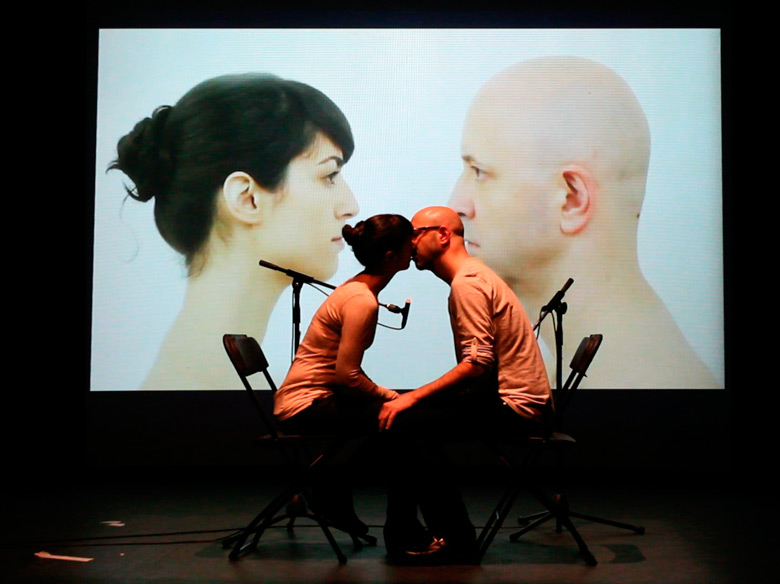 Two performers sing each inside the mouth of the other. The sound resulting from the interaction of the two voices in a single cavity, directly controls the water produced by the performers themselves in a video that is screened during the performance. The same sound also governs the appearance of sounds from water recordings.