SITE SPECIFIC ARTWORK FOR THE FAÇADE OF MEDIALAB PRADO

SITE SPECIFIC ARTWORK FOR THE FAÇADE OF MEDIALAB PRADO

Interactive artwork on the facade of Medialab Prado

On February 12th, 2020, a work created exclusively for this edition of Art Madrid by Patxi Araújo will be inaugurated on the facade of Medialab Prado. With the title "Sherezade", the artist proposes an interactive piece that generates phrases and sentences based on the position of the viewer in front of the building taking the words from a bank of texts chosen by the author. 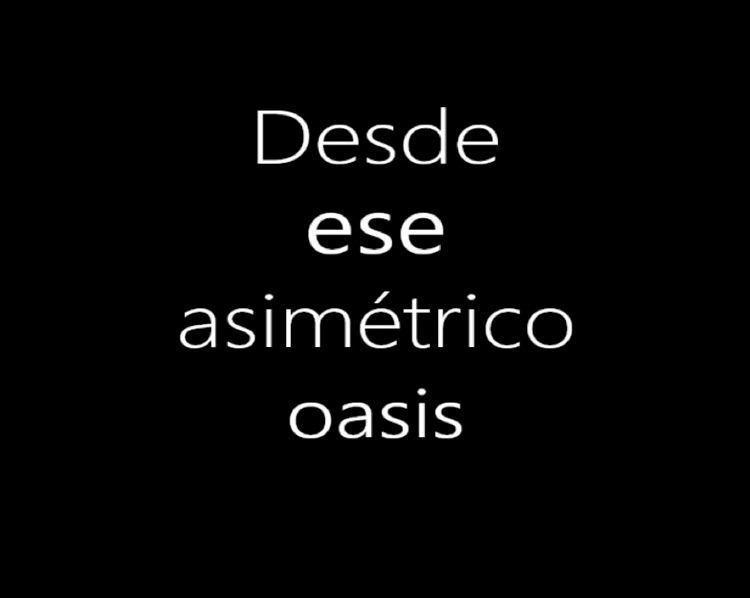 Interactive literary/visual piece for the façade of Medialab Prado.

The same way that automatic poetry arises from the bowels of the poet or any other of its organs that have stored reserves, "Sherezade" elaborates literary proposals as titles or epigraphs from a bank of words chosen by the author and stored in its virtual memory in random mode. The movement, presence or absence of people, animals or things in the Plaza Medialab Prado determines that the program chooses between those words, and generates lapidary, poetic, absurd or sublime sentences. Therefore, if there is some kind of literary causality, we should look for it in the mix of activity in the square and the random way in which the words emerge in the program. Sherezade's memory today mixes 24 prepositions, 31 articles, 926 adjectives and 726 names in Spanish conjugated into singular masculine.

Patxi Araújo (Urueña, 1967) is an artist and professor at the Faculty of Arts at the University of the Basque Country UPV/EHU. Departament of Art and Technology. Despite his background in fine arts practice, his work takes place in the territory of the poetics of new-media, as an aesthetic alibi to face the technological-digital. His early works were incursions into the territory of interaction and techno-magic. He has also developed spaces, objects and subjects based on the research of the interface concept. Now his investigation focuses on software entities and physical environments, around the concept of the human and nature through bodies, perceptions and metaphors related to programming, artificial life or simulation. His work has been recognised and selected in different biennials, festivals and contests of both video art and electronic experimentation.