CYCLE OF SCREENINGS: FROM PRESENT BODY TO PERFORMANCE BODY

CYCLE OF SCREENINGS: FROM PRESENT BODY TO PERFORMANCE BODY

To whom: Open to the general public interested in culture, professionals involved in current artistic processes and university student. Free access until completing capacity 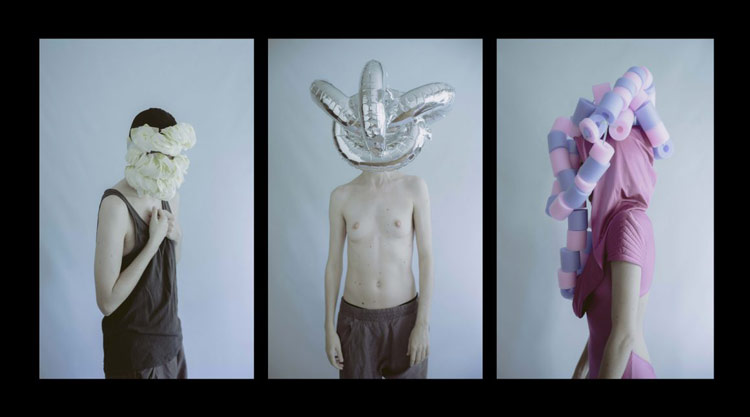 The showing of video art, selected by PROYECTOR, wants to invite the viewer to position itself, to not to remain impassive, to not to stop, to not to be intimidated by fear, anger or pain. In a world where the system determines many aspects of our life, what to say, what to think, what to do, what is right, what is forbidden, what is legal, what is valid; our position is to use the body so as not to be silent, to be able to express what we feel, without more fear than that of our ignorance, not that of our cowardice.

The artists in the exhibition invite us to react, as Joshua Chacón suggests in "La Prison del Alma"; or that body, mistreated not by the looks, but by History and rites, which shows us the wildest side of society, as it is clear in Vanane Borian's piece. The Dori & Grey artists approach a society that fades away, that is falling little by little, that, like time in an hourglass, disappears to become another body, in another status, formed by the same particles, but with different location, offering us the possibility to change, even in microparticles. Not as microparticles, but as microelectrodes, it is what Francesca Fini presents us, inviting us to reflect on how by beautifying our body, we can get to mistreat us.

Paula Lafuente invites us to disguise ourselves, to be others, to create fantastic, almost mythological characters, frozen in time, but under the cloak of today, that is, of obsolescence, that is why she works with cheap materials bought in the Asian market at low price, with a questionable lasting. The last character in this painting by El Bosco would be the madman, the one who, in a world with no solution, responds by evading himself, with humour and joy, as Cristian Guardia does.

Present bodies but not passive, real bodies and virtual bodies, where the here and now are nothing more than a conviction. With indifference of foreign bodies, Iciar Vega Seoane presents her work, while Erika Ordosgoitti does so from the rebellion, from the forbidden, always with her naked body in public spaces, reciting poetry before a possible death or retaliation, in a country forward self-destruction. Félix Fernández, with his multiple alter ego, presents for this selection a futuristic body, created for a society in need of heroes and ephemeral stars whose fame is almost like the 15-minutes-of-glory that Warhol spoke about. Of anti-heroes or anti-heroines, perhaps, Carlos Llavata speaks with his piece in which the artist himself tries to sweep the sea.