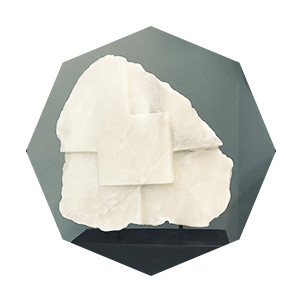 After finishing his training the artist Fernando Mikelarena collaborated with Eduardo Chillida, with whom he worked between 1983 and 2002, the date of the death of the Basque master. Although he began his artistic career in the field of painting, the sculpture has been gradually gaining ground in its production, and currently works in both disciplines equally, incorporating new materials, techniques and styles, although he mainly uses the sculpture in his sculpture. alabaster. In 1990 he held his first exhibition at the Gure Txokoa hall in Bera de Bidasoa (Navarra), and that same year he also performed at the palace Arizkun-enea in Elizondo and the Etxe Beltz hall in Azkoitia. During the following years, he will continue to make himself known in Navarra and the Basque Country, and in 2002 he showed his work at the Provincial Museum of Salamanca. He has also participated in art fairs such as Zaragoza Contemporary (2006), Puro Arte de Vigo (2006), Arte Sevilla (2007), Artemanía de Madrid (2007, 2008), Arkale de Valladolid (2007) and ArtMadrid (2012), between others. He has also participated in several competitions, being awarded the First Prize Elías Salaberría in San Sebastián (1992), the First Prize Bidasoa in Irún (1995), the Second Prize Antonio López in Tomelloso (1995), the First Prize in the International Competition Painting, Sculpture and Drawing Rafael Zabaleta in Jaén (1998) and the First Prize Amurrio in Álava (1999). 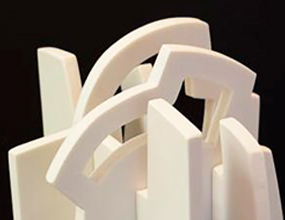