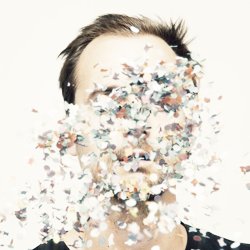 François is a multidisciplinary artist, equally at ease with painting, sculpture and installations. His work is as eclectic as his inspirations : influenced by Street Art, from which he borrows its system of repetition and variation, he is also interested in ""New Realism"" movements, which particularly appeal to him, as do Dada and Pop Art, for the way they subvert daily objects in order to criticise today's consumer society, like Duchamp's ready-mades. François reappropriates each material, working in turn with nylon cord for his suspensions and wire for his sculptures. He makes a play with the idea of compartmentalisation, enclosing some of his sculptures in wire mesh, condemning contemporary society yet again for its individualism and materialism. In this way, each medium serves an approach that is both artistic and philosophical.

His small ""Big Bangs"" set in synthetic crystal, as though frozen in the explosion's ultimate moment of grace, make us reflect on passing time which is frittered away and undeniably survives us. In a society where everything happens increasingly quickly and mankind controls a great many things, François crystallises every person's dream by stopping time for an instant in his works. A mixture of frustration and fascination, his sculptures mirror our civilisation, anger and rebellion, imprisoned and confined in economic, cultural, social and political contexts. François is exhibited and collected in France, Monaco, Belgium, Spain, Germany, Corea and the USA.