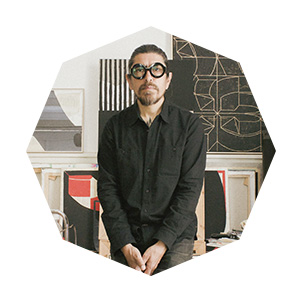 The German visual arts and the Russian constructionist have formed his pictorial language ever since his childhood. When he discovered George Grosz in his adolescence he never imagined that years later he would study with his disciple in the Art Student League of New York. From that moment his work was developing between figuration and abstraction-ism, until he found geometry. When he lived in Germany, he was deeply influenced at finding hiself in the land of artists of the Bauhaus movement such as Josef Alberts, Walter Groupius and Moholy Nagy who all marked and still mark his artistic life. When he arrived to Barcelona he discovered the sculptures of Oteiza, the soft pastel of Dominica Sánchez, the artwork of Palazuelo influencing his artwork consolidating in a language which takes him to have a conversation with a contemporaneity of a dizzying Europe