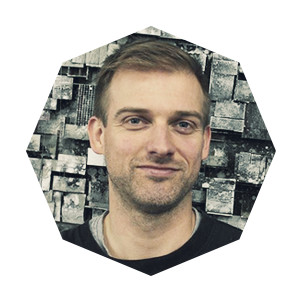 Hendrik Czakainski is a German visual artist formally trained in screen printing and carpentry and he attended The FLOOR School for the Performing and Visual Arts. Czakainski has been an active exhibitor since 2009 and his work has been showcased in many solos and group shows both in Germany and abroad Czakainski is Adjunct Professor in Architecture at the Beuth Academy for Technology in Berlin. Czakainski’s materia prima is the urban matter captured at different stages of dereliction. Adopting a bird’s eye view, the artist creates large-scale post-architectural panels which are dark anatomical explorations of the urban body. The artist becomes a forensic architect, collecting evidence of disasters, past, present and future, incorporating them in surreal compositions of large proportions, creating 3-dimensional landscapes which have become void of human presence and frightfully beautiful at the same time. His creations bring us to a state of contemplation and fascination, owing to the combination of shape and colour. His monumental cuts, holes, and excisions to his fantastic architectural matter reach us beyond the scope of architecture and strip down those man-made artefacts to the minimum, lay them bare, and essentially on the brink of abstraction. We ask ourselves if humanity is still part of the global equation or if the tipping point has been already reached; if a reversal is even possible. 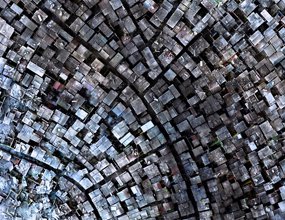 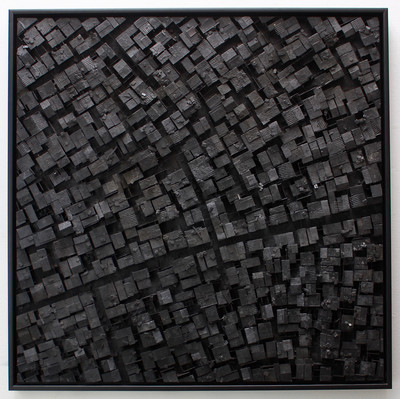 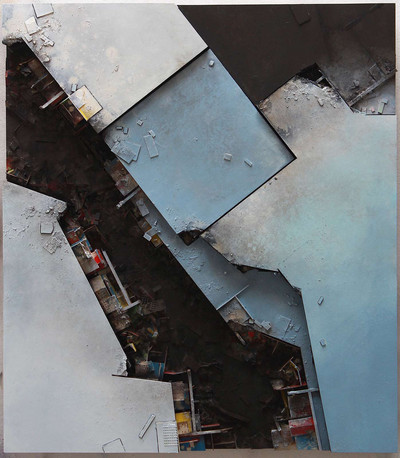 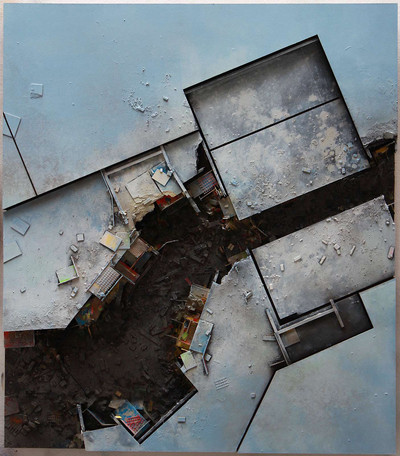 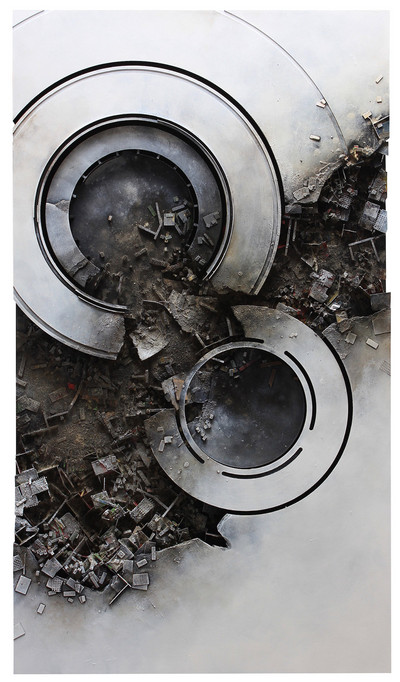 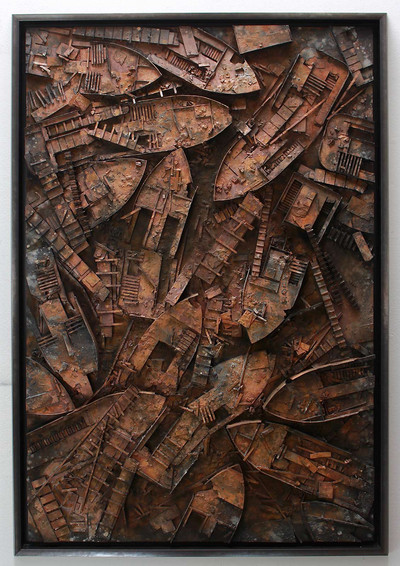 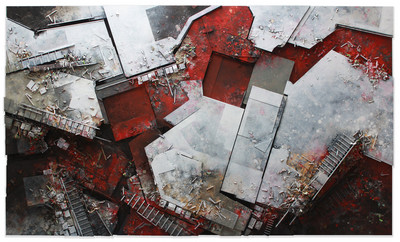 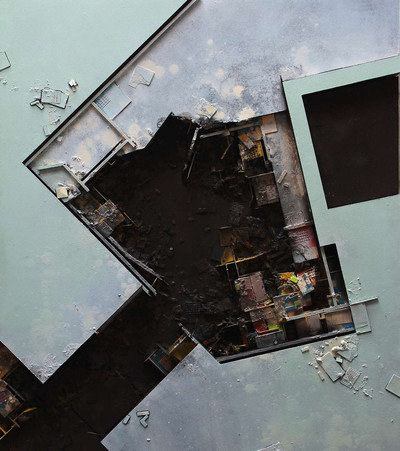