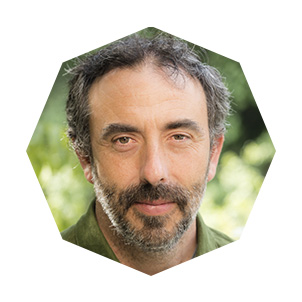 He studied art in Barcelona (Sant Jordi Fine Arts College, University of Barcelona) and later in Paris (Ecole Nationale Supérieure des Beaux-Arts in Paris). He lived in Paris for more than ten years and began his career there. His pictorial development, described as ""imaginative and original"" by the critic Maria-Luïsa Borràs, could be described as a continuation of the French support surface movement.

Since 2000, he has exhibited regularly in France and Spain and is present on the international scene at fairs such as Fiac, Arco, The Armory Show, ArtBasel, ArtCologne, etc. His work revolves around a contemporary pictorial search that questions the very foundations of pictorial language with the aim of claiming freedom of representation. He uses the acrylic technique, alternating colors and textures, and breaks the traditional composition, since the fabrics, in his hands, become a living organism.