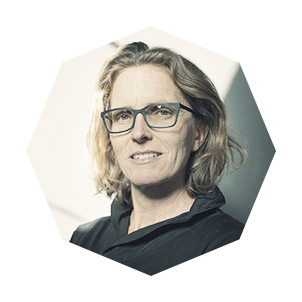 Angela Glajcar is a German sculptor who works with plastic and paper and creates works that play with the space between material and vacuum. It perforates sets of sheets of paper creating a strong sculptural presence that floats freely in space or rests on the plane. Glajcar studied sculpture at the Academy of Fine Arts in Nuremberg, of which she later became a professor. During the last years, she has received numerous recognitions, such as ZONTA Art Prize, Phoenix Art Prize and Regionale 2010 Wilhelm-Hack-Museum.