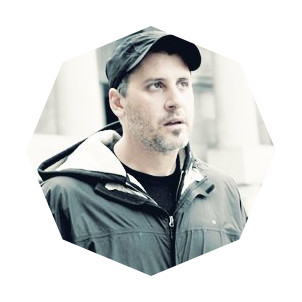 The American urban artist Mark Jenkins builds and places models of people thrown on the street, in rivers, on roofs, in garbage bins. Jenkins travels around the world placing his disconcerting works in urban areas.

The aim of the artist is to get people to look up from their mobile phones for a moment to make sure and commit themselves to the world around them. Jenkins began his artistic career by placing mannequins in a landfill in Rio de Janeiro, with the intention of capturing the attention of the kids who live in the streets.