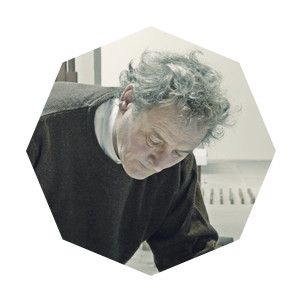 Miquel Navarro is one of the outstanding representatives of what is known as New Spanish Sculpture. He studied at the Superior School of Fine Arts of San Carlos of Valencia. He began his career as a painter and since 1972 is dedicated exclusively to sculpture. His view of beauty is closely linked to his idea of the classics, foundation and point of reference of the avant-garde of the beginning of the century. In 1986 he receives the National Prize of Plastic Arts and the National Prize of the Association of Art Critics ARCO 95, among others.