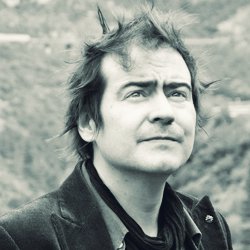 The photography for the artist Oriol Jolonch was always an art that seduced him but it was not until the digital age when he definitely won it. The photography led him to created other worlds, others realities that seem invented. Jolonch's work is the result of imagination, some of his works are carefully studied and others, however, are like small flashes of lucidity that from time to time attack you and then express them in the form of still images, without any plan more that people stop a few instants in front of the image and observes it with a little more attention, and if they want, they can do some questions themselves or imagine the story that could be behind every scene interpreting the reality and inducing the spectator to confuse reality and fiction. Oriol Jolonch has participated in solo and group exhibitions in cities such as Barcelona, ​​Madrid, Gijón and New York.