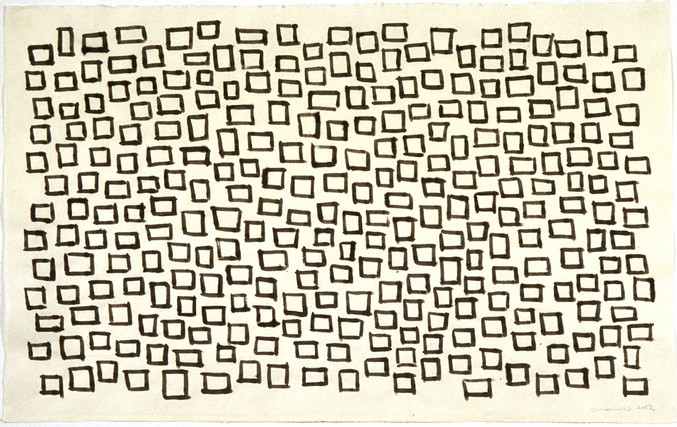 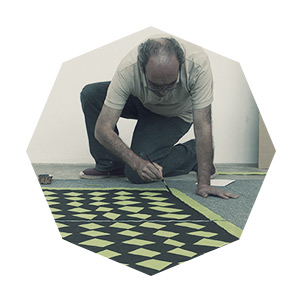 Joaquim Chancho is one of the fundamental painters of contemporary Catalan culture. His work, linked to abstraction, is defined by an intense study that starts with silence, geometry and natural cycles. His career during forty years of dedication is a model of coherence, conceptual rigour and mastery of technical resources. This has materialized in numerous solo exhibitions, important group exhibitions, publications, and presence in collections and museums, including the MACBA and the Joan Miró Foundation (Barcelona), the Art Center Berlin Friedrichstrasse, the National Museum of Korea, in Seoul, and the Tamayo Museum in Mexico.

Joaquim Chancho's work has been characterized by a rigorous structural awareness, by spatial orders, by chromatic links and by the expressiveness arising from metrics and repetition. His first works, at the beginning of the seventies, are based on the dialogue between gesture and geometry and the reduction of colour to black and white. Later it tends to seriality and sequentiality, to focus on the surface of the painting in recent years as pure abstraction. Routes that reach a complex reticular organization that attends to a polyhedral vision of space, creating a set of frames and grids that intersect, open, close, expand, contract, reduce, overlap and continuously modify. A kind of fold between the painting and the viewer. He currently reviews and resituates his previous work, mainly in the work on paper.