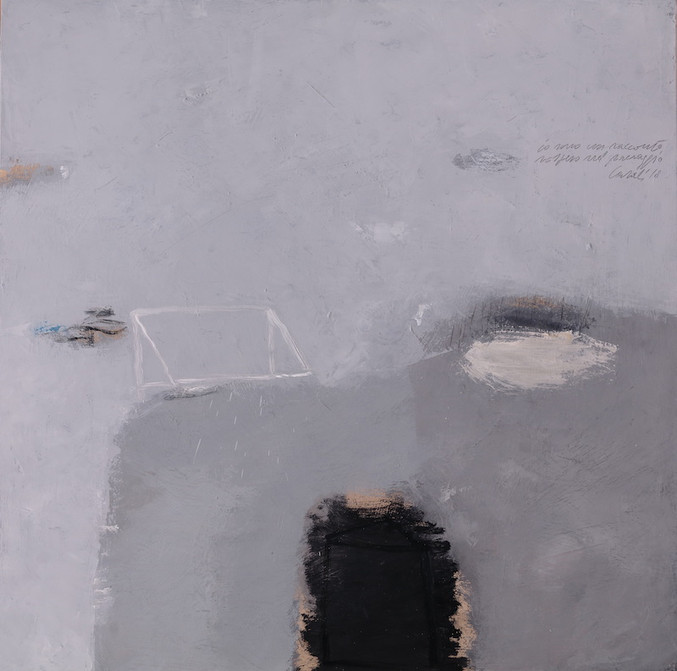 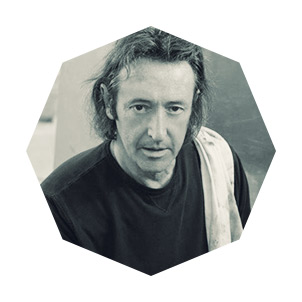 Alfredo Casali, in his beginning he aimed to interpret in his way imaginary and surrealistic world. In the 80s’ he started experimenting with visual poetry that results in an original language based on a few archetypical elements: houses, tables, mountains, trees. Also, knowledge of philosophy was important to define his vision (in 1983 Casali graduated from Universita di Bologna with a degree in philosophy under the supervision of Luciano Anceschi) but the most important was to develop his language that in the painting surface define as a diagram of deeply – lived interiority. Giovanni Fumagalli was among the first people who admire Casali’s works. He was supporting the artist in his gallery (la Galleria delle Ore di Milano) and between 1986- 1996 became his guide and master. In 1993 Casali was invited to take part in XXXII Biennale d’Arte Città di Milano. Also in 1993 and then in 1999, he took part in III and IV Biennale di Cremona, respectively). He had many exhibitions in Italy and abroad, for example in 2011 in Centro Culturale San Fedele in Milan, in 2012 in Museo d’arte in Mendrisio, Sogno e Confine. Casali, Cemak, Folon e Giacomelli in Galleria Biffi in Piacenza, in 2014 La natura obliqua. Alfredo Casali, Angelo Del Bon, Mario Giacomelli presso il Chiostro Arte Contemporanea in Saronno and solo show in Galleria Ceribelli in Bergamo. 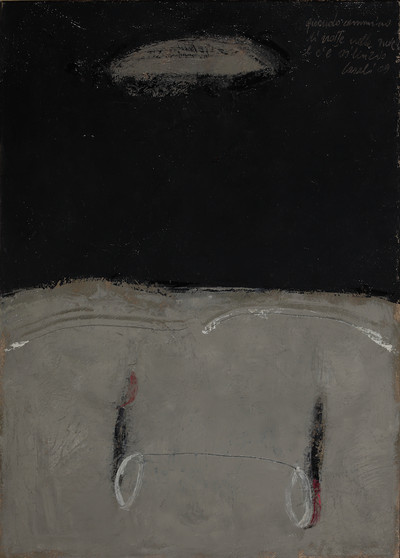