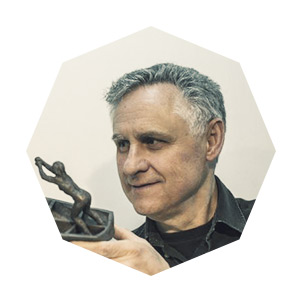 Cantabrian sculptor José Cobo studied stone carving and fresco painting in Madrid, at the Royal Academy of Fine Arts of San Fernando. Then he went to the United States to enter the reputed School of the Art Institute of Chicago, where he graduated as Master Sculptor, in 1985, and History of Art and Criticism, ten years later. Between 1994 and 1997 he was a professor of sculpture of this North American school. The prestige he enjoys in the United States has led him to exhibit frequently in cities such as Chicago, New York, Minneapolis or Michigan.

His production focuses on the human figure and also on animals, and uses sculpture in classical terms of representation, although the attitude and position of his characters are unconventional. They are not usually sculptured to place on a typical pedestal, but they are lying directly on the floor, hanging on the wall or ceiling, flying, dancing, walking, in the attitude of throwing themselves into the water ..., or they are mounted on a small platform with wheels as if they were a toy. The materials used to cover a wide range from bronze to synthetic resins, through aluminium smelting or even stone cardboard and wire. José Cobo uses a good part of the techniques of traditional sculpture; it performs virtuous modelling that respects the concept of realism, proportions, with special attention to detail, but also encompasses marginal fields such as the field of toys, manger figures or bibelots. Many of his works, also, are painted, as it was styled in ancient sculpture and popular imagery. 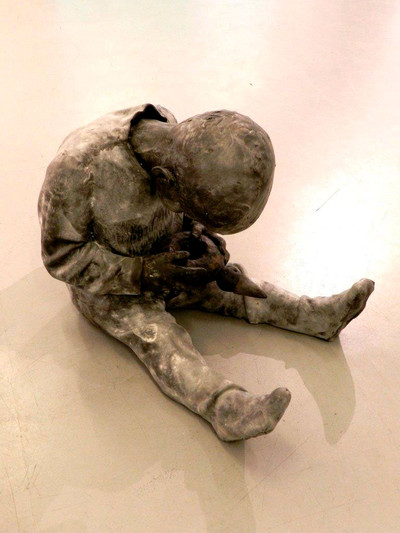 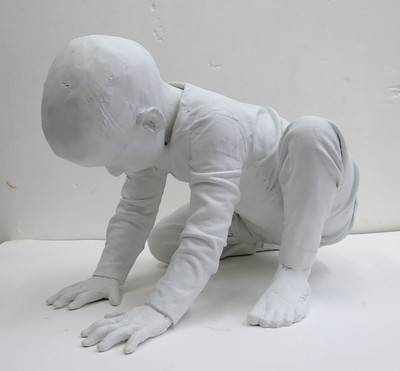 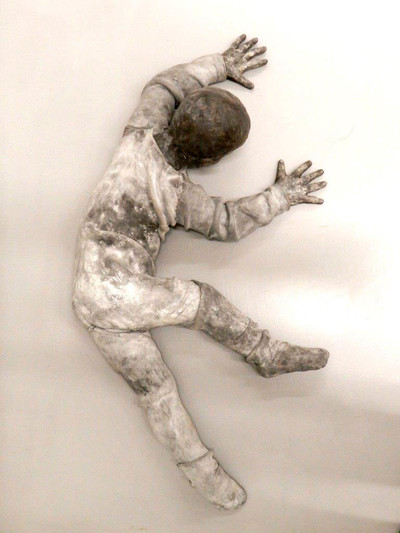 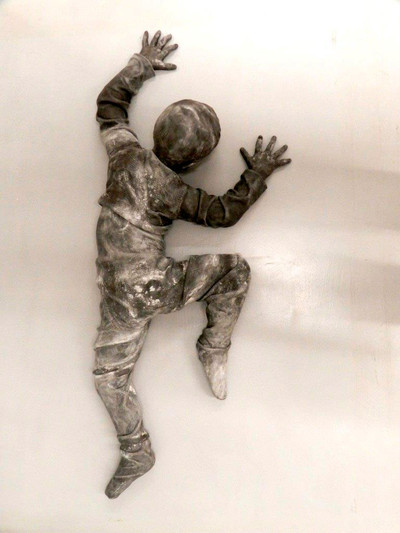