A TRIBUTE TO THE DESERTED SPAIN

A TRIBUTE TO THE DESERTED SPAIN

We embark on a journey that crosses our country from end to end, which crosses the capital as an obligatory step, as one who threads the needle and tight its ends towards the corners of our territory to die to the sea. From the coast to the nerve centre of this vast space we travel asphalt and dirt ways, paths transformed into roads that attest to the passage of time and the evolution of our history. We pass through villages that were once the cradle of the great events of a common story. We recognise the names of places we study as essential enclaves of our legacy. Others arouse rather surprise and perplexity, curious, strange and bombastic, but already devoid of a genuine sense as a population. 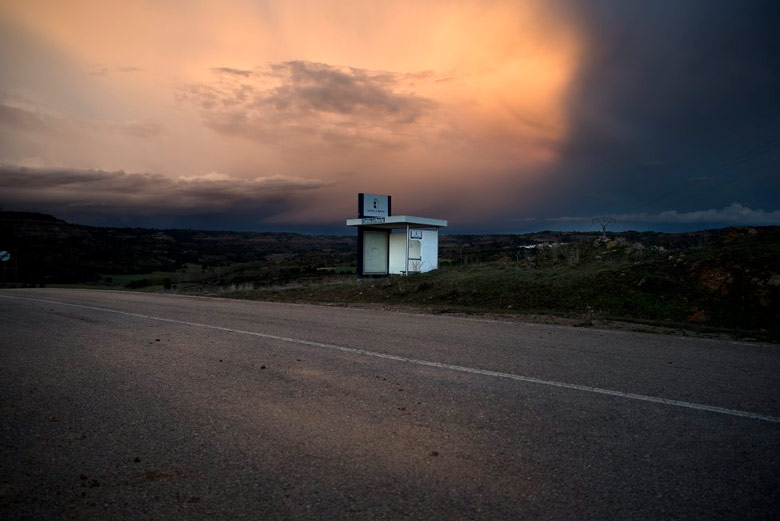 The desolate places of a progressive and unstoppable rural exodus resist oblivion thanks to road signs and an isolated tavern that remains open to quench the thirst of the traveller. The kilometres and the time surrender to our passage and throughout the route we see a bitter reality: the depopulation affects today 80% of the territory, while the big cities attract more and more people and concentrate 80% of the entire population. The image has certain similarities with the metaphor of "The Nothing" of The Neverending Story, where the emptiness was invading the kingdom of Fantasy because children did not read or let their imagination fly, which is what feeds the stories of the fairytales. In real life, these same stories are lost in the domains of oblivion, confined in a past that seems remote and obsolete, subjugated to the impositions of progress and urban life.

However, it should be borne in mind that the place we are in today is in debt with our villages. The evolution of events cannot be explained without a shared history marked by milestones that have taken place throughout our land. We also face a serious social problem that must respond to the need to reconquer our spaces, preserve our traditional culture and take advantage of the resources that our land offers.

With the desire to value this immense wealth, unknown and helpless, Acción Cultural Española AC/E has launched the Alma Tierra project. This photographic journey through the work of José Manuel Navia offers a wide panorama of landscapes, situations and environments where there is always room for feeling, nostalgia and hope for the future. 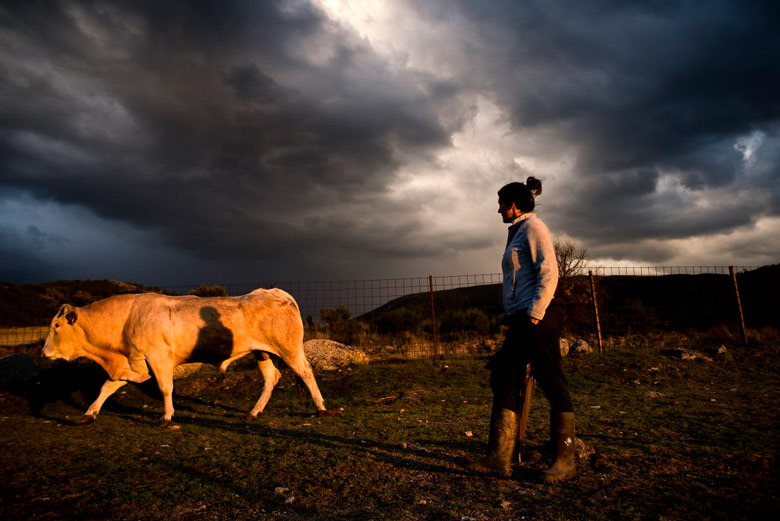 “These villages died so that we can live and from their misfortune comes our luck. The rich manage differently, the poor are always guilty." Luis Mateo Díez, “El espíritu del páramo”, 1996.

The project brings together a total of 158 works, gathered in a book with texts by Julio Llamazares, who explains that the initiative is "an elegy, a plea against the marginalisation of some Spaniards by the rest and a call to reflection." An exhibition in the Diputación de Huesca collects a selection of photographs and gives us some of the most poetic images of interior Spain. 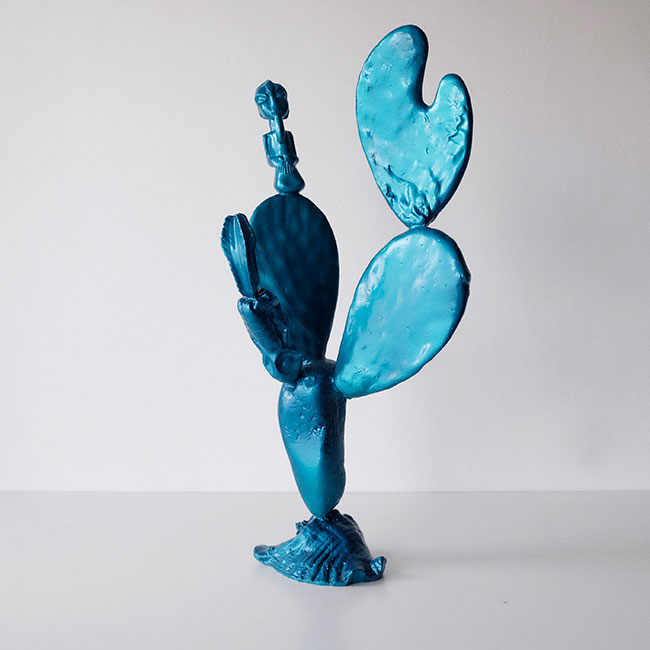 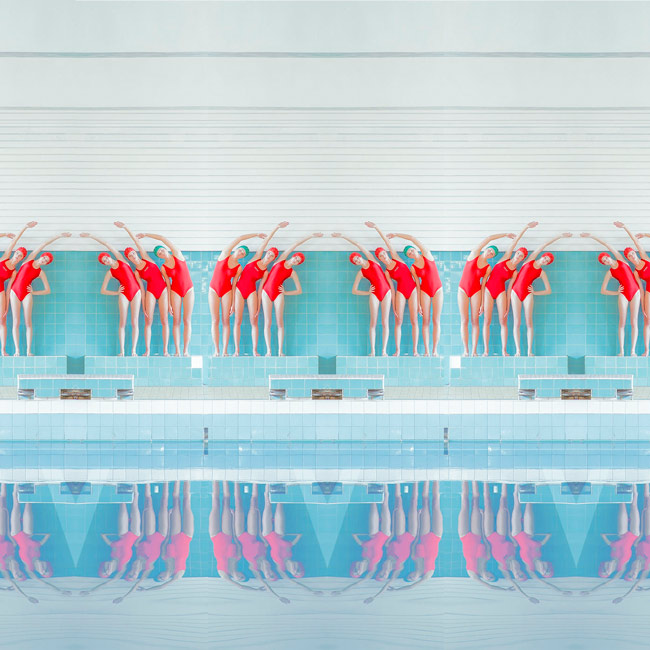 Artists Nicolás Laiz Placeres and Alona Harpaz are on show for the first time in Art Madrid, within the Galería ATC from Tenerife, presenting a collection where the wild is created through a space configured by the incursion of the human being in it.

Harpaz merges, over flat coloured backgrounds, expressionists figures and self-portraits mixed with wildlife and flora made with vibrant colours. Therefore, in her paintings, we can see a mixture between the beautiful and the terrifying. On the other hand, Laiz Paredes sculptures, have Nature and Human Being as elements in a disappearance process, mixed with objects which configure the reason of that destruction itself, creating iconic, almost monochromatic, three-dimensional shapes. 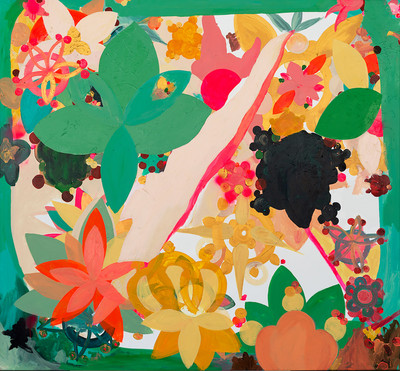 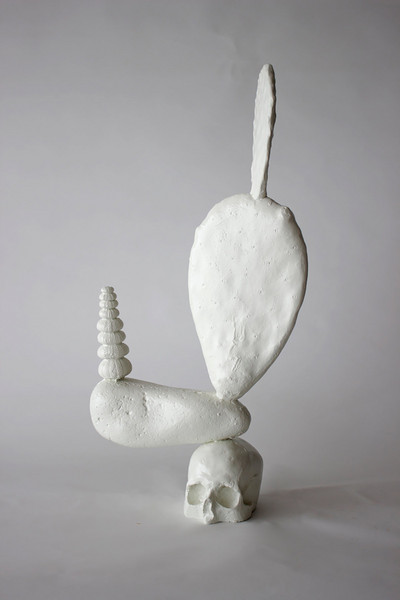 Alona Harpaz (Tel Aviv, Israel, 1971) represents in her self-portraits botanic and animal patterns, applying a very personal and imaginative colour scheme, using a strong and vibrant brushstroke over, in many cases, merely decorative surfaces. In her work, colours exist by themselves, freely, but also as abstract well-mimicked elements or recognizable symbols. According to her, “perfectly beautiful paintings can also be dreadful”, and political commitment could be added to beauty and dreadfulness, as the critic Elke Buhruna points out. A sample of this could be seen in her work “Frequency Watchers”, which is a self-portrait of the artist riding a motorcycle, alluding to the 90s feminist movement in the United States, as Riot Grrrl and the Bikini Kill band, who combined feminism and pink lipstick. Therefore, her personality includes the political activism of her father (a Labour Zionist) and the artistic taste of her mother (a dancer). 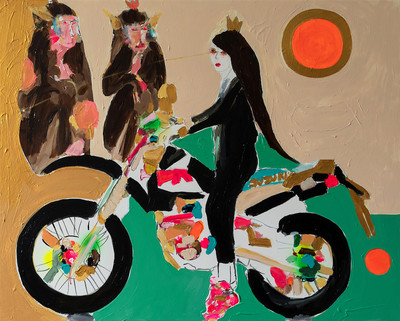 Nicolás Laiz Placeres (Lanzarote, 1975), in his three-dimensional pieces, creates a confluence using objects of nature and industrial or genuinely pollutant materials, making a dichotomy between them. From this seemingly simple fusion, the artist is able to send a deeply elaborated message, with a critic tone, to a society that has led to overproduction and extreme and dangerous consumerism and, at the same time, using miscellaneous objects from the Isle’s “topic” iconography: shells, rocks and prickly pears blends with plastic bottles, totems and cranial shapes, creating iconic figures with advertising motifs of the extreme natural disaster situation that the Earth is facing. Finally, in a display of constant irony, his sculptures function as magical shapes that heal our status quo.

In the cage, the Alona Harpaz paintings howl next to the totems and fetish which his space partner Nicolás Laiz Placeres has made, mainly from different identity elements of Canary Islands. 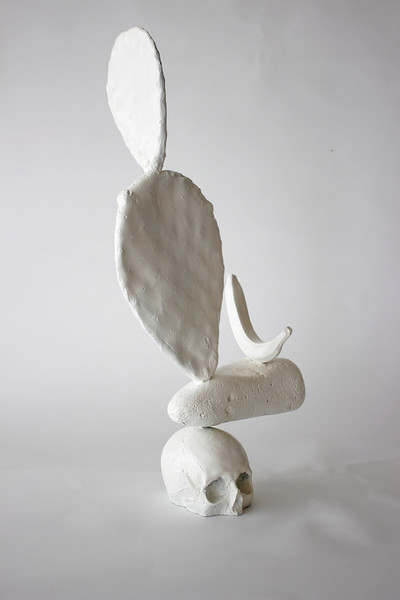 Galería ATC located in the heart of Santa Cruz de Tenerife, participates for the first time in Art Madrid with an unreleased project, dedicated to these two artists which is forming part of the One Project program, coordinated by the art critic and independent curator Fernando Gómez de la Cuesta, under the theme “Salvajes: la cage aux fauves”.

Galería ATC was founded in 2017 by Elle Przybyla (USA) and Juan Matos Capote (Spain) as a part of the Agencia de Tránsitos Culturales - est. in 2014 -, a platform for multidisciplinar artistic investigation and the promotion of contemporary art. The gallery has an annual program featuring various exposicions of spanish and international artists, working with different media: painting, sculpture, video, photography, installations and sound art. In addition to these expositions, the Gallery arranges performances, conferences and other activities. From Canary Islands, Galería ATC grows dynamic relationships between the fringe and the cultural production centres. Their roots in Spain and USA and their imminent connection to Africa, allow them to operate as a cultural intersection space. Their program reflects the commitment to support artists with plenty of voices and in different moments of their careers.

Galería ATC will present, within the One Project project of Art Madrid, unseen art works by the artists Alona Harpaz and Nicolás Laiz Placeres.