AGENDA FOR SUMMER'19: RECOMMENDATIONS FOR AN AUGUST OF ART- II

AGENDA FOR SUMMER'19: RECOMMENDATIONS FOR AN AUGUST OF ART- II

We continue our summer agenda for art-contact being another way of recharging batteries. Summer is the ideal time to enjoy culture and art in a more relaxed way, outside the rush of the rest of the year.

The Gaviria Palace hosts until September 15th an extraordinary exhibition dedicated to Liu Bolin under the title "The invisible man". This Shandong-born creator started his career in the world of sculpture but soon began to explore the power of photography, performance and installation to channel his artistic concerns. The title of the exhibition refers to the work the author has developed around the mimicry and the gimmicky works in which he seems to merge with the environment. The result is a large format photograph that deceives our senses and forces us to look twice to understand what we are really seeing. Within this line, his series "Migrants" involves other people on the scene and merges them with the beaches and boats that constitute their harsh reality, what proposes a double game between metaphorical invisibility and the real invisibility of this type of human conflicts. 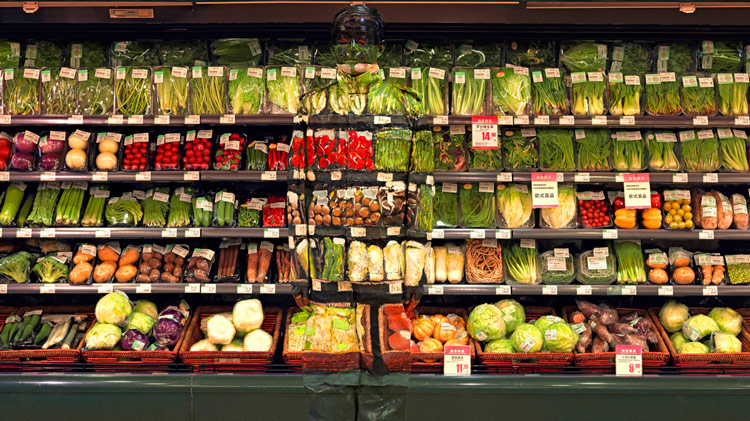 LABoral Center for Art and Industrial Creation presents “Eco-visionarios”, a contemporary creation project carried out in collaboration with other institutions: Bildmuseet of Umeå (Sweden), House of Electronic Arts (HeK) of Basel (Switzerland), MAAT- Museum of Art and Architecture of Lisbon (Portugal), to which Matadero Madrid and the Royal Academy of Arts in London have recently joined. The objective of this initiative, which has already been running for two years, is to analyse from an artistic perspective the environmental challenges that appear the society of our time, taking as a starting point the principles that underlie the activity of each of the institutions involved. Thus, after addressing the issue giving priority to approaches such as the relationship between art and ecology, the emergence of sustainable architecture, or the link between art and technology; LABoral delves into the biosphere-technosphere connection, with transversal works that interrelate art, science, technology and society. To the Gijón program, the activities of the Nave16 of Matadero Madrid add. 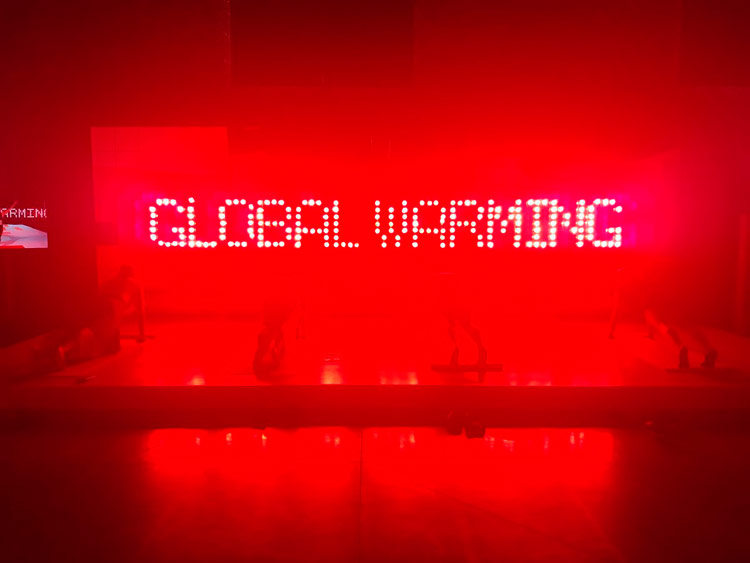 The Guggenheim Bilbao welcomes the work of Jenny Holzer under the title "Lo indescriptible." This American author began her career in painting but soon perceived that this medium was insufficient for her artistic purposes. She became then interested in public art and writing. Because language contains the enormous power to transform, to understand multiple messages, to host numerous philosophical and political positions. In the new millennium, Holzer went from the use of others’ texts to her own literary production. The visual and aesthetic game between content and container is constant in her work. The media gets diverse, and the power of speech enhances. Throughout her career, she has resorted to everyday materials with projects that interact directly with the public (messages on posters, wrappers, products ...) and also to more durable works, with headlines and lines engraved in stone, lighted signs and a long etcetera. This exhibition presents an extensive tour of her work, to understand the scope of her messages and participate in the same critical discourse. 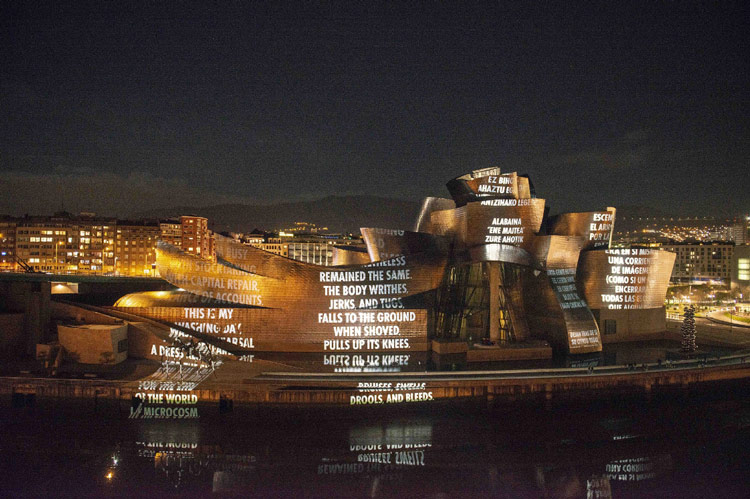 After the enormous success reaped by this exhibition in Madrid, “An unauthorised exhibition” arrives at La Térmica. It is a selection of works by the controversial Banksy contributed by private collectors. Surrounded still by mystery and anonymity, this urban artist has earned the recognition of critics and the public with transgressive works of a witty message that always pose an open criticism of the established system. Every proposal is a question that challenges the viewer, to rethink the schemes inherited from our society and our capitalist market. 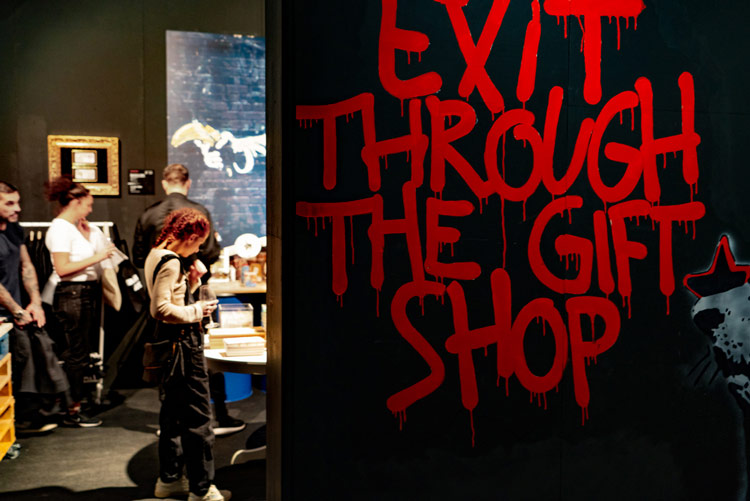 Plessi's universe takes over Es Baluards this summer. Fabrizio Plessi, an artist who arrived in Palma in 1989 to stay, made the island his place of work, where he took root and built a net of interwoven relationships with his work and his fascination for new disciplines. Captivated by video art since its inception, his passage through Palma on the cusp of his career was a creative impulse of great depth. He mixed the baroque inherited from Italy with spiritualised minimalism that gave him the serenity of the place. His work continually resorts to some fundamental themes, which face life from a humanistic perspective. Essential issues such as time and space, light and object, awareness of sustainability, the vision of the Mediterranean as a cultural link... The exhibition includes a large part of his author books and videos related to their stories, to generate a multisensory visitor experience. Until September 1st. 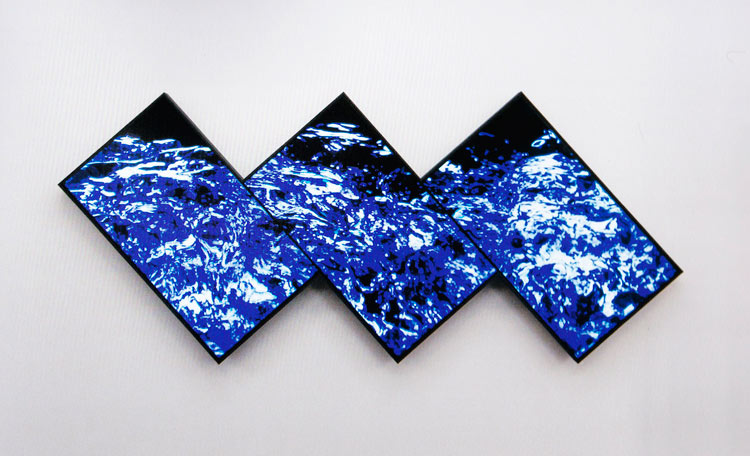 The CAB of Burgos holds two interesting samples with a clear sensory vocation. We start with "PERturbacións", by Christian Villamide (Lugo, 1966). With pieces of painting, sculpture and photography, this project is about the detachment that human beings currently live concerning their natural environment. The spaces previously occupied by natural ecosystems are buried by urban progress. The distance created with respect to a context that should be the closest and most organic gives rise to progressive mechanisation of interactions, a division of spaces, with human interventions that are often forgotten over time. 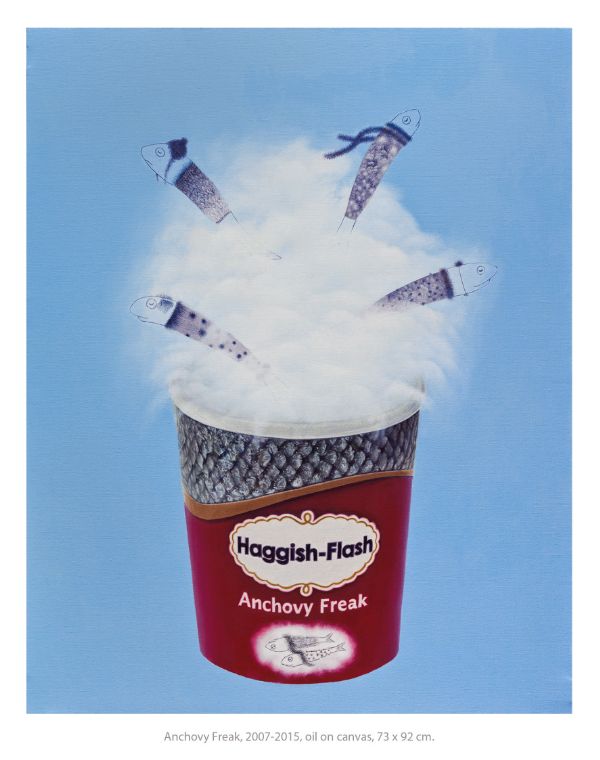 On the other hand, we highlight the exhibition ‘Haggish Flash’, of the group formed by Jesús Gómez (Burgos, 1962) and Megumi Kitazu (Tokushima, 1975). Both artists met in Berlin in 2001, and since then they have shared lines of work upon aspects of contemporary everyday life based on their personal experiences. Using a fictitious ice cream brand as a pretext, Kitazu & Gomez address issues such as sexual identity, multiculturalism, the relationship between marketing and art... The collection brings together paintings and installations where they use materials of all kinds and incorporate digital techniques.