BREAKING UP THE MOLDS OF TRADITIONAL MUSEUM

BREAKING UP THE MOLDS OF TRADITIONAL MUSEUM

Progress to make art accessible to the public, overcome barriers and break down formats becomes more evident when we move in the field of urban creation. This discipline evolves in the thin line that separates the manifestations as true artistic expressions or as acts of vandalism, in spite of the fact that social valuation of these works has considerably moved forward. Contemporary art continues to be the natural field in which stronger and more flexible channels of communication between citizens and artists are woven. 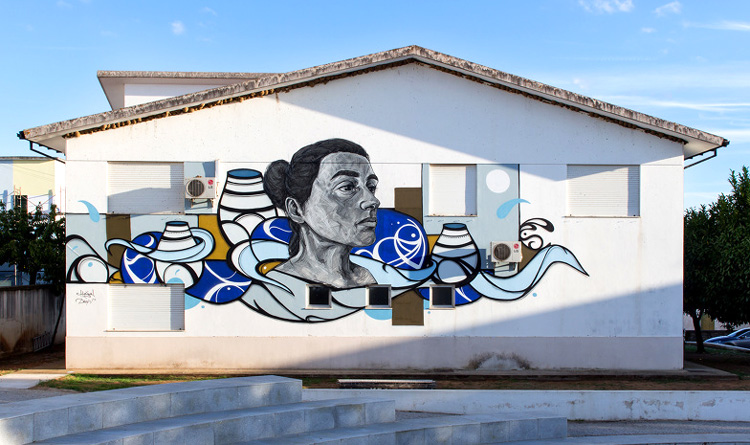 The project "Public Art" of the Electricity Foundation of Portugal (EDP) responds to this sort of utopia, whose essence consists of revitalising recondite villages and filling them with plastic proposals. Cemeteries, power stations, barracks, water tanks ... are the canvases scattered throughout the country willing to contribute to a transformation that actively involves all agents. 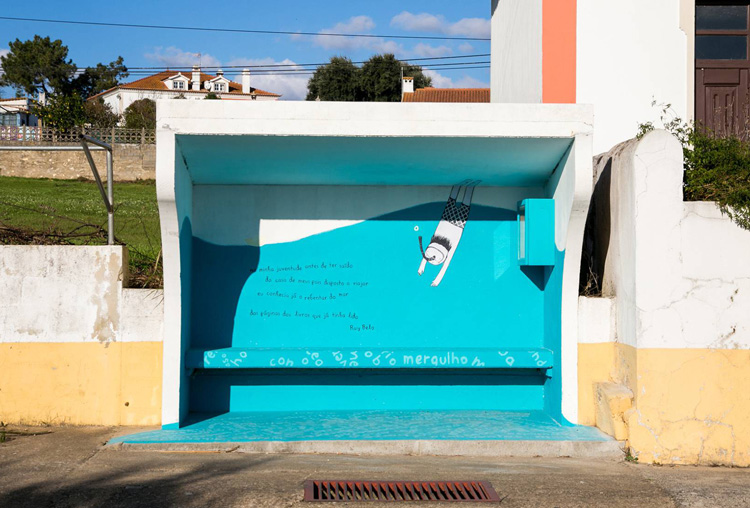 The novelty of this project lies in the fact that all the artistic proposals are previously approved in assembly by the people who live in the place. It is an example of a collaborative initiative that involves locals with creators and tends to build solid bridges of communication, so that mural art is no longer seen as the burst of a furtive artist who clandestinely wants to leave a mark on someone else's property to understand the vehicular role that a plastic work can have for an entire community. 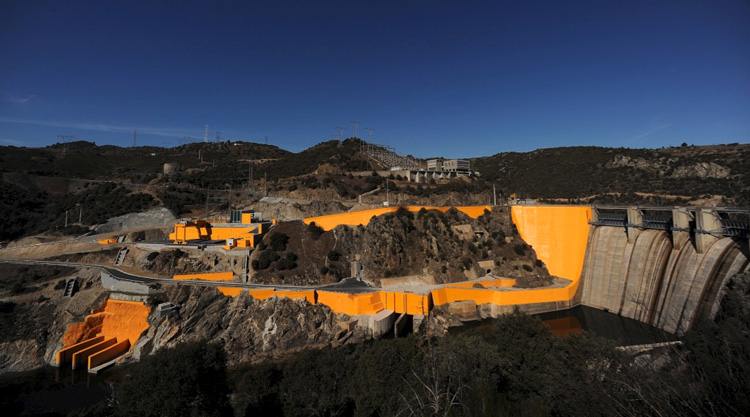 Intervention in the dam Bemposta, by Pedro Cabrita Reis

João Pinharanda, in charge of this macro project, and with a wide trajectory in the museum sphere, recognises that the initial challenges were many. In the first place, a drastic change in the game of "who is who" in the art sector and in the redefinition of those stereotyped roles of the curator, the museum director, the artist and the visitor. All that wouldn't have worked in a proposal like this, where the key is to give the floor to the people and put the work at their service. 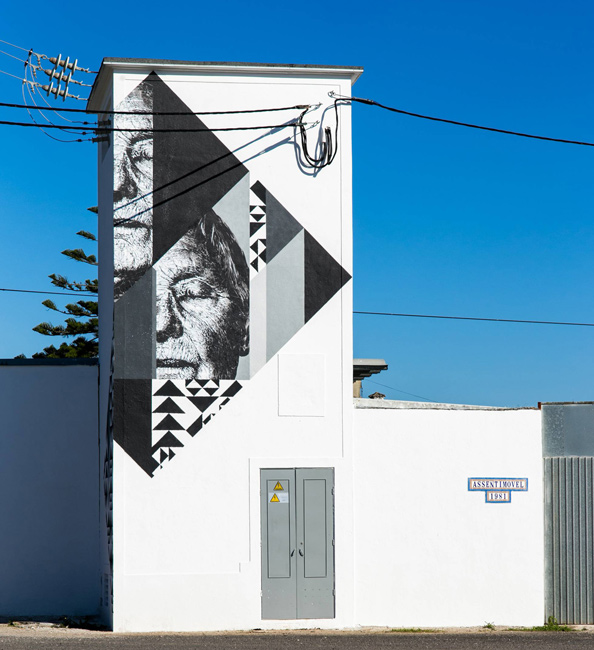 Wall by Samina and Alecrim on an electric unit, in Assentiz (Ribatejo)

Each area of intervention has a fairly modest budget that does not cover all the costs of the intervention, materials and artists, but the aim is to achieve collaboration from everybody and to articulate creative processes that involve the community. The commitment of the artists to the proposal is unconditional. And that of the host towns as well, who host artists during their work stays as visitors of honour. An exchange experience in which everyone learns and builds. By 2020, EDP will have reached 40 Portuguese municipalities.