DYING OF SUCCESS: HOW TO KEEP SUSTAINABLE MUSEUMS IN THE 21ST CENTURY

DYING OF SUCCESS: HOW TO KEEP SUSTAINABLE MUSEUMS IN THE 21ST CENTURY

Just a few days ago, the ranking of the most visited museums in the world in 2018 was published. Once again, the Louvre occupied the first position, and also with great satisfaction, we saw the Reina Sofía Museum in the top 20 for another year. In the world panorama, European museums have a considerable weight, with nine institutions located in the first 20 positions. Taken together, the figures reflect a 15% increase in the number of visitors, demonstrating the growing interest of the public in accessing these large collections. 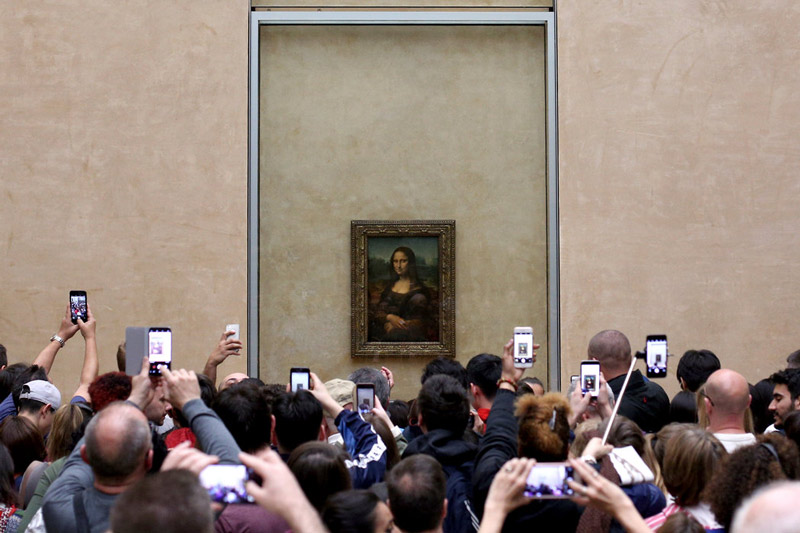 However, these data are not as flattering as it might seem. In spite of the dimensions of these enormous museums, the volume of visitors is such that the enjoyment of the works suffers and the maintenance tasks are increasingly demanding. On May 27, the Louvre was forced to close its doors by a strike called by the security personnel in protest at the lack of resources before this flood of visits. The corridors cramp, and the artworks disappear behind a parapet of raised arms, smartphone in hand, to take the souvenir photo between tourist hordes. This museum, in particular, exceeded 10 million visitors last year, which represented an increase of 25% over the previous year.

This phenomenon is linked to the boom of tourism in recent years. Not only travelling has become more affordable, but it has become one more point in the list of "things to do in life" for those of us who cross through the 21st century. The enormous range of possibilities that the present offers us collides with the need to adopt measures to protect the cultural heritage and local style of life. At the same time, it is necessary to fight against the power of attraction of some places especially demanded, something that negatively affects the sustainability of their lifestyle and the stationary character of their economy. There is much talk today about sustainable tourism, and it should be taken seriously because the displacements of people and the expansion of capitalist consumption habits have a direct impact on the environment and the conservation of monuments. 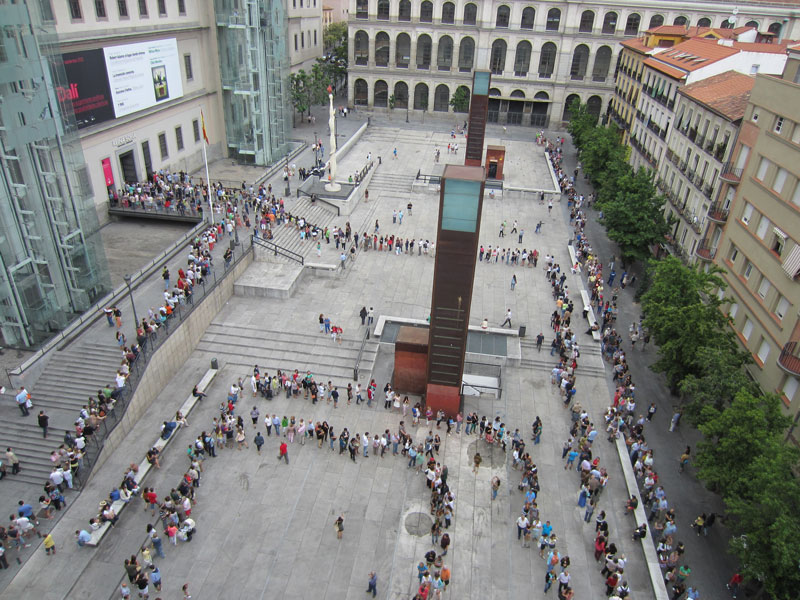 This is not an easy task. Tourism is one of the main economic engines in many countries. Some institutions lack the injection of public funds and must be supported entirely by their income, obtained many times from tickets’ sale. Some museums, such as the Prado, try to establish a policy that allows visitors to continue enjoying the tour and prohibits taking photographs with their phones in the showrooms. The reasons for taking this measure are multiple, and so that no one can complain (because there are those who complain), they have proceeded to digitalise the masterpieces of the collection with high definition images accessible on the official website.

These data reveal that the cultural sector is also a part of the major trends that prescribe the obligation to visit certain centres and sites and take the mandatory photo to share it on social networks. It is positive that art can be "trendy", but it is not if this trend leads to the deterioration of the museum's experience, a false knowledge of what is being seen, the kidnapping of certain institutions as opposed to others in the immediate environment that remain empty, and the standardisation of museums as a consequence of globalisation. In the debate on the future of these institutions in the 21st century, which took place in Paris in January 2018 and attended by the directors of the world's leading museums, Bernard Blistène, director of the Center Pompidou, declared: "A museum must not tend towards an ideal collection that does not exist, but must be built from its singularity. It would be ridiculous to see how museums are homogenised to respond to a definition that, in reality, we should deconstruct: that of modern art. We have to rethink the initial model." 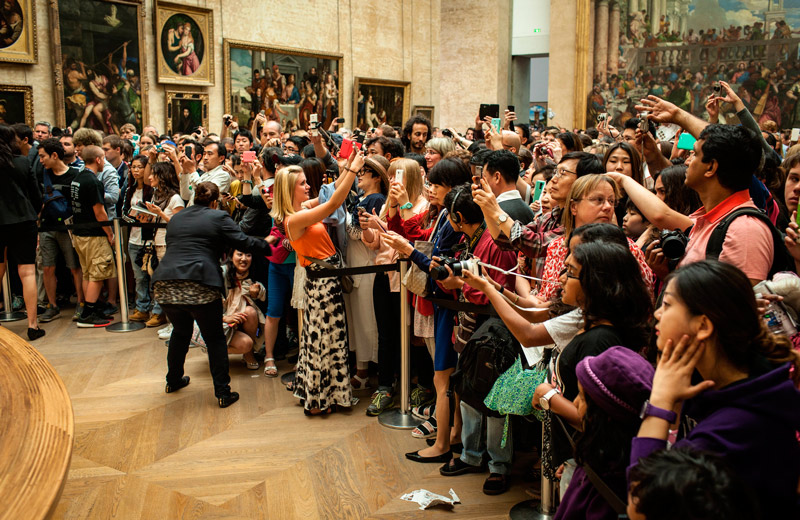 The future challenges for these centres are not only the need to face their activity with increasingly tight budgets but also the fulfilment of a social and cultural mission that affects society worldwide. And while working towards those objectives, issues such as sustainability and balance in the volume of visitors, are critical. Some voices suggest that decentralisation should be encouraged, opening branches of the leading museums in other parts of the world, such as the Louvre, to mention a close example, which will soon open its Abu Dhabi centre. But these solutions are a clear example of the impact of globalisation and how it also reaches the art sector. Mass tourism (and its cultural consumption) is so intimately linked to this phenomenon that statistics seem to yield contradictory results.

Museum of Natural History of London. Photo: Son of Groucho (from Flickr, via waitamoment.co.uk)

Back to the Prado, with its almost constant 3 million visits in recent years, a survey launched earlier this year to test the habits of the Spaniards indicates that only 5.7% visited the museum in the last year, that 37.5% have never visited it and 16% have no interest in doing so. We know that the statistics are that, statistics, but the data brings us closer to a reality that seems to go unnoticed. In this boom to go to the great museums, national visitors are the least interested in enjoying these institutions. And this may be the reason that explains why the large art galleries are crowded, and the most modest museums, equally interesting, remain empty. Perhaps one of the main lines of work is to continue educating in art and culture to awaken the interest of citizens to get closer to the art that they have at reach, while channelling other forms of funding for museums to ensure their sustainability without having to depend so much on the volume of visits.