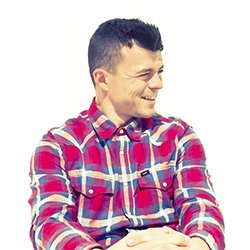 Rubén Martín de Lucas is an artist who works on different projects and series, since 2015, after he found with four more artists Boa Mistura Art Group. All these projects are linked by a line of discourse which questions the way we relate with the territory, with the landscape and with the rest of beings with whom we share the earth. Interested on the relationships between people and the territory of a planet, the Earth, that transcends in age and about which people have a strange, and intense, sense of ownership. Some of his projects as “The Garden of Fukuoka” or “Iceberg Nations” have already travelled the world in exhibitions and art fairs and some good collections harbor his pieces. Martin de Lucas experienced with photography, painting, landscape intervention, video and recently, with literature.