EVERYTHING IS READY FOR THE 14TH EDITION OF ART MADRID!

EVERYTHING IS READY FOR THE 14TH EDITION OF ART MADRID!

Everything is ready for celebrating Art Madrid'19! All is prepared for the inauguration of the 14th edition: painting, sculpture, photography, video art, performance or more hybrid arts; the most international edition is coming! 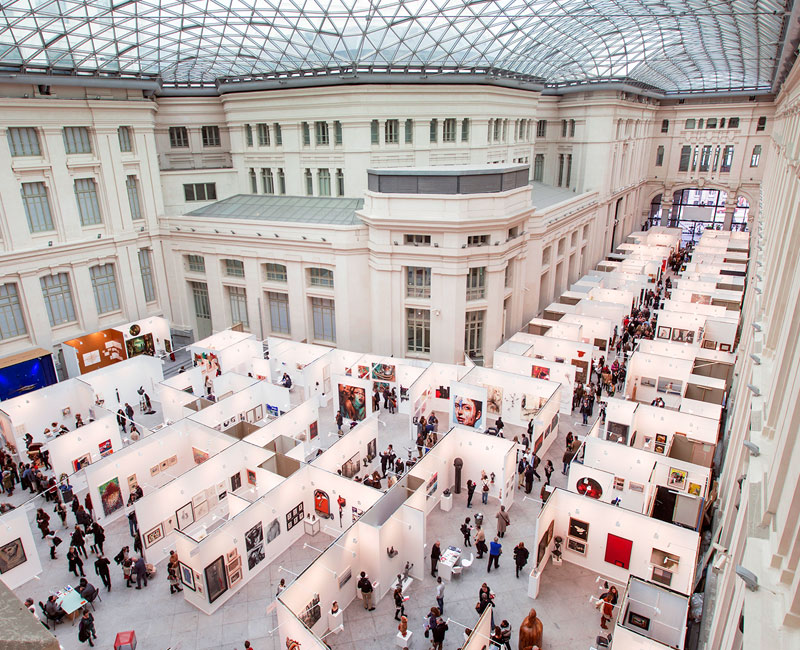 This year, the wide and varied proposal of Art Madrid stands out for the remarkable international character. In this sense, Art Madrid presents a unique perspective of the South American art scene, highlighting certain proposals such as the collective O-Art Project, Collage Habana, Zielinsky or Kreisler. Also, the South African and French-African tendencies are singularly represented this year, with artists from different origins and selections such as the Oda Gallery or Norty galleries will present. 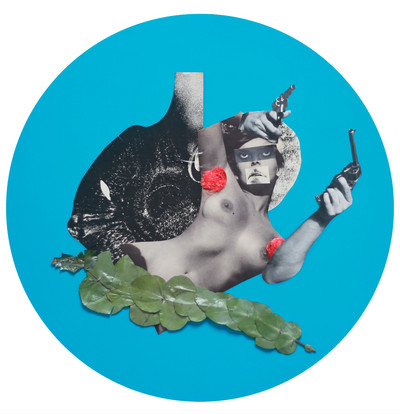 Once again Art Madrid presents the ONE PROJECT program, conceived to support and promote young artists whose careers are in an initial or intermediate state. The project takes place in a curated proposal within the fair in which the works of the creators are presented in a solo show format while maintaining a unitary vision. This year, one of the great updates of the program is the incorporation of Nerea Ubieto, art critic and curator who presents a new proposal led only by female artists. This choice, as stated by Ubieto, is based “on the eagerness to level an unstable balance in which female participation in art fairs is still today unfair”. 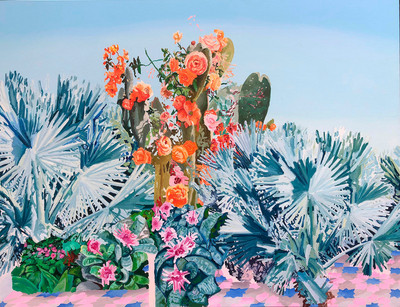 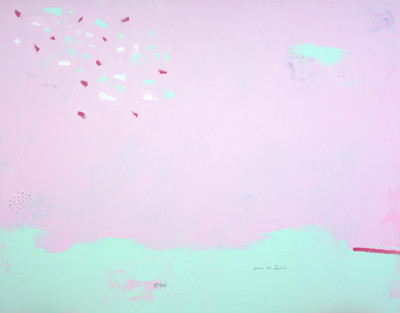 Acrylic and graphite on canvas

Under the title "Ficciones, máscaras y paisajes: el color como telón de fondo", 7 artists feature specific proposals for the fair in which the international presence stands out again. As the curator explains, the works invite us to build our own universes, because "through creation, we can get rid of the burdens that slow down the development of society, dissolve stereotypes, invent new ones, own what we want to change and, effectively, transform it. No limits are worth having, just more or less believable masks; only colour with a more or less positive charge”.

Another of the great news of this edition is related to the Guest Artist, Rubén Martín de Lucas, a multidisciplinary creator who, after his step as co-founder of the collective Boa Mistura, continued his solo career with a line of work on the relationship between the individual and the territory. Martín de Lucas features new works from the “Repúblicas Mínimas” series, within the celebrated “Stupid Borders” project: an exciting work to reflect on the geopolitical borders and the sense of ownership under a look both critical and poetic. This series will be presented in a new outstanding format at Art Madrid.

Also, Art Madrid'19 visitors will be surprised by the different participatory actions that they will discover at the booth of Cultura Inquieta, official media partner of this edition. Also, you can take a break, enjoy a craft beer and comment on everything seen at the fair, in the space that Cervezas La Virgen will have in the Lounge area. For their part, at the VEGAP spot they will be able to see the extensive work carried out by this organisation: from the management in Spain of the Intellectual Property rights of the visual creators, representing more than 150,000 artists from 46 countries, to the development of projects such as the VEGAP Image Bank, the "Proposals" annual contest or the "Art and Law" Publishing Collection.

In short, Art Madrid'19 is once again a great opportunity to approach an excellent panorama of the contemporary creation, with a wide and varied proposal that stands out for its increasingly international character and its permanent commitment to young creators and forms of newest creation. Don’t miss the new edition of Art Madrid, the most friendly art fair that includes everyone!