WE TALK TO MÒNICA SUBIDÉ ABOUT HER LAST WORK: “THE DESIRE TO BE A DEER”

WE TALK TO MÒNICA SUBIDÉ ABOUT HER LAST WORK: “THE DESIRE TO BE A DEER”

There, inside the forest, where everything is dense and leafy, inhabits the fantasy of the stories. The machinery of the imagination beats in the heat of a light sifted by the tops of the trees, under whose branches, lying in the sunset light, magic takes place. The stories that host our dreams feed on the emptiness that the mystery leaves in its way so that we fill it with new stories. It is a perfect tension between innocence and maturity, between the desire to play and the awareness that all this is part of an unreal world. But the door is open and, although someone warned us once that we should not enter, we can not avoid it. 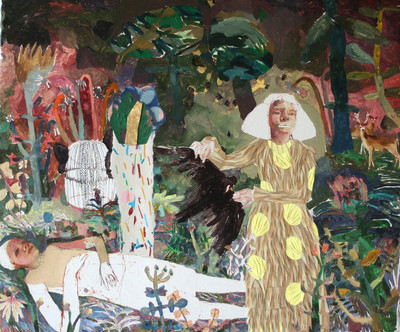 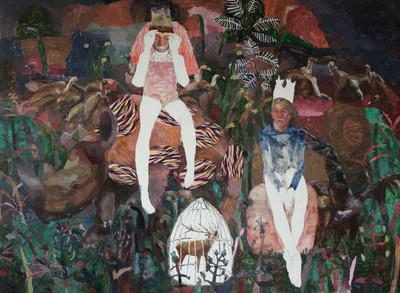 Oil, pencil and collage on wood 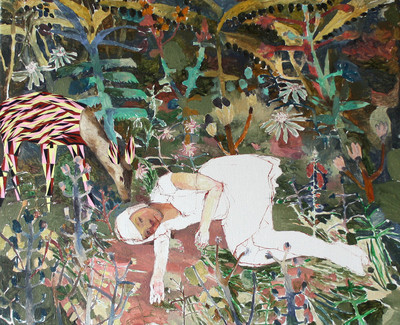 The eyes of animals are crystal spheres that curve and reflect the environment. The green leaves form superimposed fans, like vegetable screens that yield sweetly in our path. We advance in search of a refuge, a haven in the middle of the grove where we can rest our exhausted mind of so much information. And so be able to think. Silence (which is not true silence) fills with faint sounds, and we enter loneliness accompanied, in a path without fixed direction that takes us to the bottom of our being. We face these images with the feeling of having seen them before, but not in real life, but in the reality of our dreams. They are dream pictures that remind us of fairy tales, enchanted forests, spring evenings, being lying on the grass while we watch the clouds pass by. 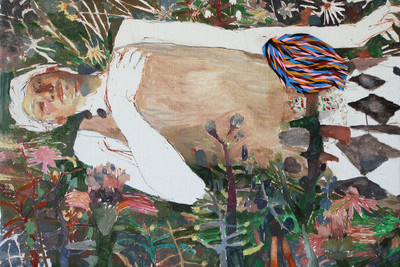 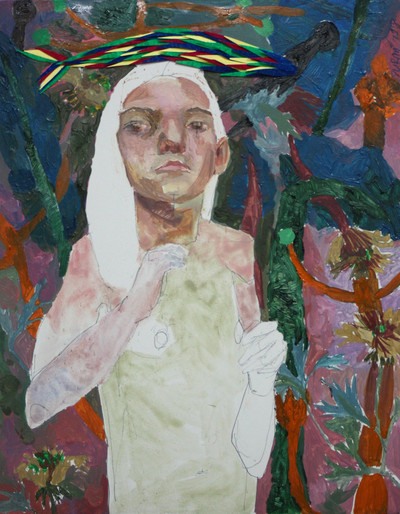 Oil and collage on wood 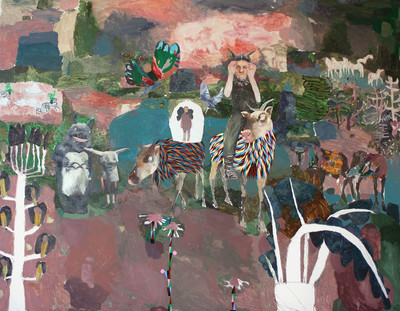 The often difficult task of theorising about painting loses its meaning again on this occasion. These snatches stolen from a dreamy mind lead us to a conceptual contradiction. Let's glimpse suffering, but also placidity and serenity. A natural and delicious calm, not without frights and scares of the soul when you think of existential truths such as freedom. Our mind can play tricks on us, look for the misunderstanding between state and situation, create the fallacy of being free but locked in oneself. No. Let's get rid of artifices. There, inside the forest, where nobody sees us, we are what we really are and surrender to our own life, contradictory and elusive as it is.

We asked Mònica about his latest work that is on show in Bea Villamarín Gallery, a pictorial proposal that takes us to an almost oniric world where time seems to stop. 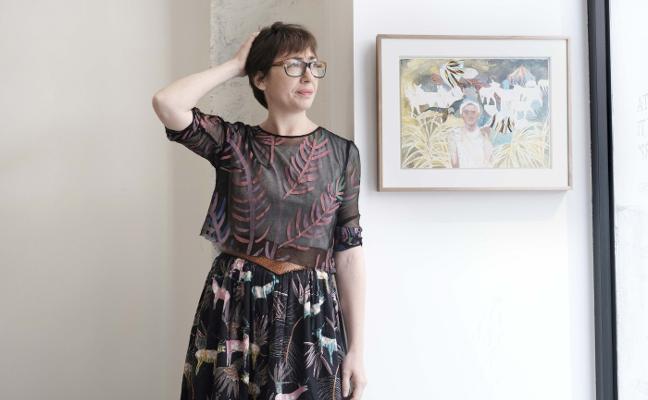 In previous works, you have explored the connection between life and death. The allusion to the emptiness you make in "The desire to be a deer", is it also a reference to that dichotomy between opposing elements, such as childhood and adulthood, consciousness and unconsciousness?

I have never considered that there was a dichotomy between childhood and adulthood or consciousness or unconsciousness. For me, in both cases, we must accept the first to live the second. The allusion to the void, always talking about me, is just that state where you intend to stop and vanish, in the concept of idea-mind, to be in a déjà-vu. They are difficult emotions to express in words and painting. Abstract emotions that speak of emptiness in humans are always complicated. I am very interested in human being and emotions, so childhood is something that fascinates me because it is the beginning towards life and where we take the road. I usually interpret emotions in stories; narrating in painting is more like writing. On this occasion, there are many pieces where I do not want to tell, just lie down, be in a state of déjà-vu. When I started about four years ago with a new pictorial language, my nine-year psychoanalysis was just over. It was the beginning to try to interpret childhood ideas and dreams.

Always for me, it is the observer; it is the link between man and his soul. The deer in many different occasions in my pieces always represents the wild animal that we are, and that desire to be free, without knowing what a world in freedom is. It is an act of protest, poetic, dreamlike, subtle, trying to be freer in our everyday world, in small things. 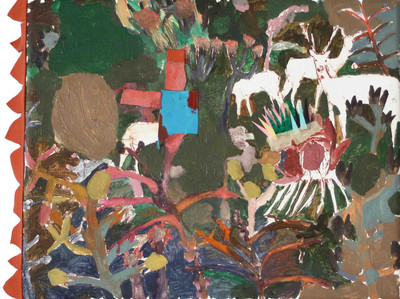 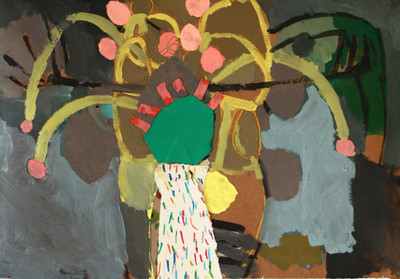 Oil and collage on cardboard paper

You have stated that you feel comfortable with large formats, have you chosen the medium size for any reason for this collection?

I was working for years in very large formats; I am increasingly interested in the medium format for a simple matter of privacy. I really wanted to be able to present nearby, less spectacular pieces and force the viewer to stop a few minutes, in front of the pieces. The large format is often a fast-track-look format. I wanted a slow exhibition because the last three years have been very intense, with a lot of production, and little time to reflect. I wished I could find a closer dialogue between one’s self and painting. With this, I do not mean that I am not interested in the large format, but it is a very different mental state, which on this occasion, I did not feel when painting. I believe that this exhibition came at a time when the physical and mental exhaustion of recent years forced me to lie down and rest, reconnect with myself, review my trajectory in order to continue advancing, and be able to reinvent new ways to transmit that feeling of emptiness.