The fourteenth edition of Art Madrid stands out for its marked international character. Actually, the origin of the participating galleries cross oceans and go far beyond the European continent. Among the foreign participating galleries from the General Program, stand out the Taiwanese Yiri Arts (Taipei), the South African ODA Gallery (Franschhoek), the Cuban Collage Havana (Havana), the Peruvian artistic collective O-Art Project (Lima) and the North American Lola & Unicorn (New York). Galleries also beyond Europe are some of the ones that partake the One Project program: Flux Zone (Mexico City, Mexico), Granada Gallery (Comuna, Argentina) and RV Cultura e Arte (Salvador, Brazil).

Chen Yun, "The past is like the dust on the plants I collected before", acrylic on canvas, 2018. Yiri Arts.

From Taiwan, they come the proposals of Yiri Arts, works as intimate as vitalist. Chen Yun, the most mysterious of the three artists presented, features some of his latest paintings: compositions organised in a format of diptychs or triptychs in which the states of the inner worlds are revealed. Both human figures, most of them in meditative attitudes, as well as the symbols or the objects that accompany them, reflect veiled narratives. In these stories, it is expressed much more without telling everything because you can feel the inherent tension that underlies in titles such as “Companion. Smeared faces comforting one another, leaning upon each other” (2017) or “The past is like the dust on the plants I collected before” (2018).

On the other hand, the most extreme tensions are completely explicit in the works by Lai Wei-Yu, as shown his furious and monstrous figures entwined in eager fights. The contrast reappears in these works through the introduction of vivid and almost playful colours, especially in works like "The Fight" (2018) or "My Family" (2018), where a kind of confetti hides the traces of violence. Yiri closes his proposal for Art Madrid with works by Guim Tió Zarraluki: paintings of large stains of spot colours that offer us a place to stop to reflect; a new space where we can be able to cleanse our corrupted vision by the visual tyranny imposed by the mass media. 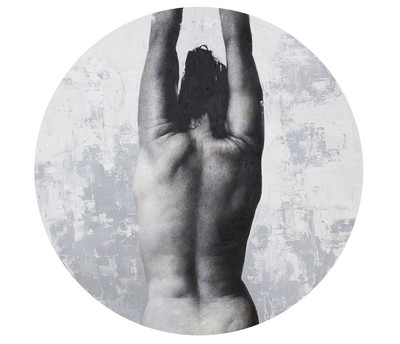 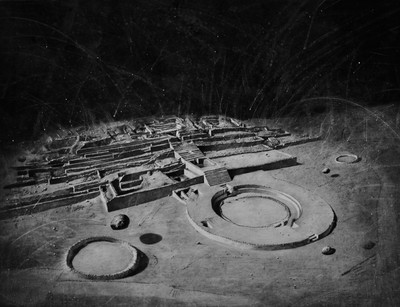 The proposals of the Collage Habana’s artists stand out for their mastery of pictorial techniques and drawing over colour. It is enough to contemplate the round-format-painting that articulates the series "Celestial Body" or "Levitaciones" (2018) of Andy Llanes Bultó, intimate exercises of anatomy; the charcoal drawings of infinite cities, always exponential, always dystopian, of Daniel R. Collazo; the female, provocative and idealised portraits of Roldán Lauzán Eiras; or the more mature, hybrid investigations of Ernesto Rancaño, games of lights and shadows, dreams and nightmares, which leave a sense of suspicion when contemplating its details. 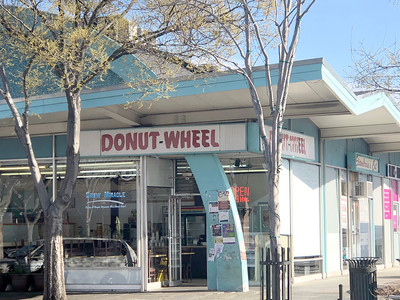 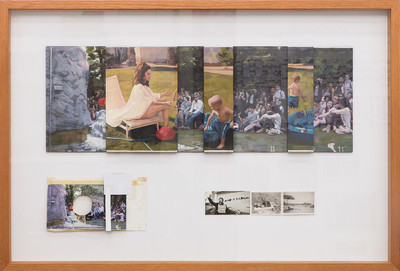 In this edition, the interesting Peruvian collective O-Art Project participates for the first time, a project lead by Alessandra Rebagliati, Jessica Schneider, Carolina Bazo and Gianna Pollarolo. The four artists have been carrying out projects for more than two decades. They aim to make visible the different practices and discourses that exist in the Peruvian art scene, managing to transcend and spreading "its roots from a globalised and contemporary perspective". Together with three other artists, they present in Art Madrid a suggestive selection of works, with very different imaginaries and concerns but under a collective vision. The works of these artists stand out for their hybrid and vindictive character, as seen in the works Carolina Bazo or Alessandra Rebagliati, focused on the reconfiguration of the stereotypes associated with women or the power exerted by the patriarchy and capitalist logic in our daily work. 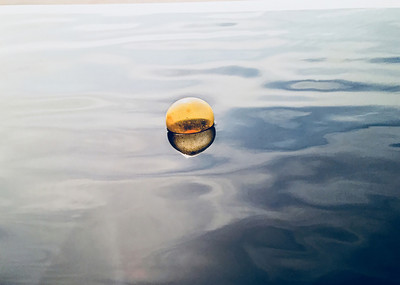 We will also see the installations of metallic fibres and the transparencies of Cristina Colichón; the attractive works of Jessica Schneider, with her mysterious capsules adrift; or the photographic distortions of Jacques Custer. On the other hand, Gianna Pollarolo works around concepts such as energy, mysticism or the origins of the collective imagination; while Rocío Gómez is more interested in semiotic issues, as shown by the use of multi-vision in her impressive audiovisual works or the enigmatic stagings of painting, collage and photography, as we see in "Extrañamiento" (2017). 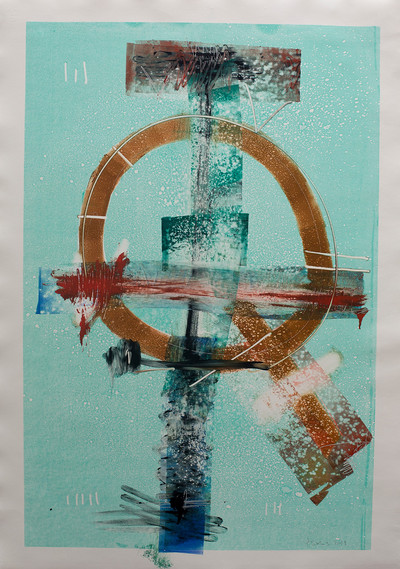 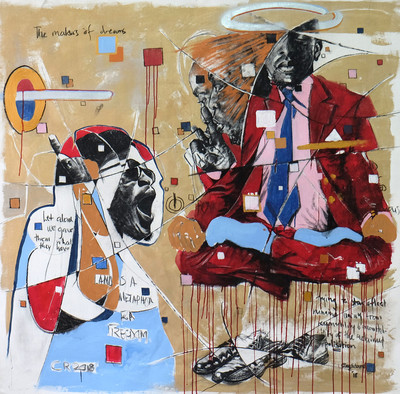 Also for the first time, ODA Gallery participates in Art Madrid, a proposal that will allow us to enter a unique artistic scene of the African continent. We must highlight the oils on paper by Samson Mnisi (Lesotho), a creator whose language of patterns, lines, symbols and colours is as personal as inspiring; the reviews, and updates, of the local shapes and icons made by Jean-Baptiste Djeka (Ivory Coast), in which he combines painting, collage and photo-assembling; and the most critical readings of the sociopolitical state of the African citizen provided by Layziehound Coka (South Africa). ODA Gallery will also present the most traditional and magical paintings of Silas Adelanke Adeoye (Nigeria), geometric figures, flat and colourful, whose masks can lead us to the fascination that so many artists of the Avant-guards felt for the ancient African art. 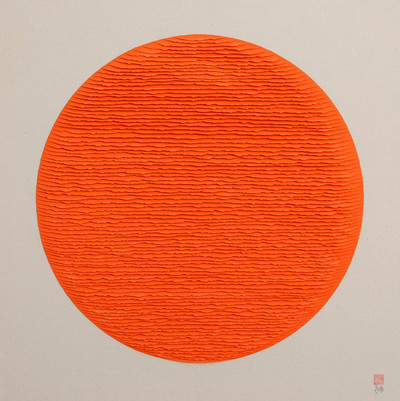 Paper torn by hand and glued on fabric

Finally, from the heart of New York, comes the wide selection of Lola & the Unicorn. In his space, one can enjoy the abstract explorations of three artists: Bosco Sodi, a great connoisseur of Mexican muralism, whose paintings reflect the connections between the qualities of matter, textures and their echoes in spirituality; and the latest works by the Sevillians Isabelita Valdecasas and Fernando Daza, more material and textural in the paintings of the first one, more geometric and subtle in the fabrics of the latter. 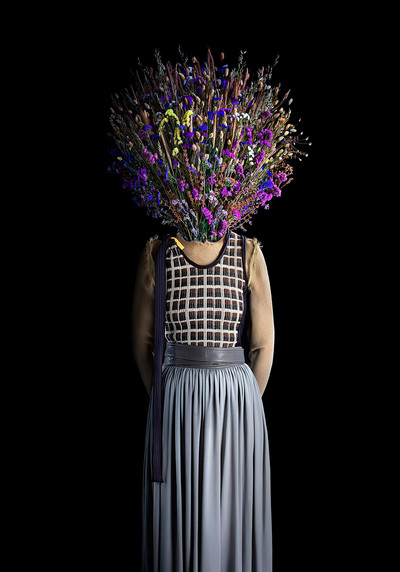 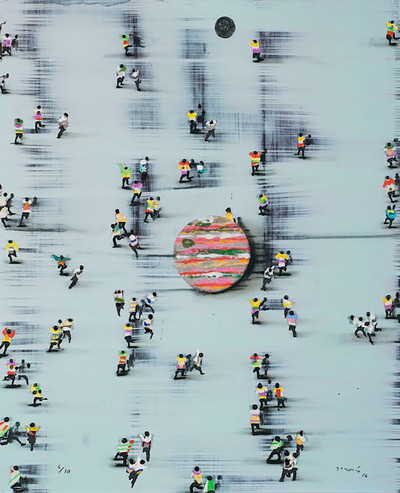 The gallery will also exhibit recent works by one of the great Spanish painters, Juan Genovés - also present in the Aurora Vigil Escalera space. From his characteristic figurative style, so close to the most gestural expressionist abstraction, and using his usual zenith perspectives, one can enjoy the endless crowd scenes which obsess the indefatigable painter that much. In addition, the selection of Lola & Unicorn will include the photographs of Miguel Vallinas, portraits with a marked surrealist character in which he reflects on contemporary identity: "what man wants to be, what he thinks he is, what others think of him and what we really are."