ONE PROJECT PROGRAM, A DIALOGUE, A PAUSE, A REFLECTION

ONE PROJECT PROGRAM, A DIALOGUE, A PAUSE, A REFLECTION

The One Project Program, curated for the fifth consecutive year by Carlos Delgado Mayordomo, has become a true showcase for new talent. These are the 8 projects of the 13th edition of the fair. 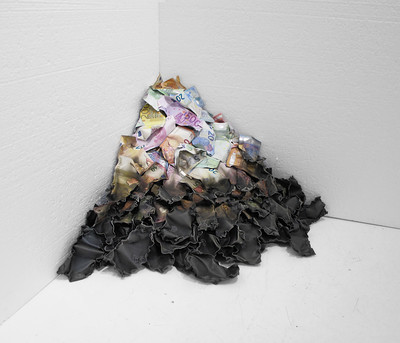 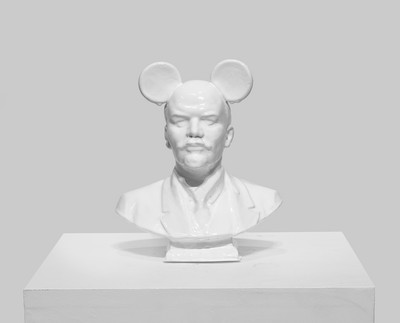 Alejandro Monge, Candela Muniozguren, Antonyo Marest, Carlos Nicanor, Bernardo Medina, Jugo Kurihara, Aina Albo Puigserver and Vânia Medeiros are the 8 artists selected by the independent curator Carlos Delgado Mayordomo to form the One Project Program at Art Madrid'18, a program designed on young and mid-career artists with specific projects developed for their exhibition at the fair.

In One Project, 8 artists design a specific proposal for an individual stand, these 8 projects, with a resounding and coherent entity, they dialogue guided by the hand of the curator. The objective is to captivate the public, allowing them a break within the commercial context of the art fair. "One Project has served to establish a dynamic, open and polivocal relationship with those visitors interested in establishing a more deliberate and reflective view within such an overwhelming and oversaturated context of information as it is a contemporary art fair", explains Carlos Delgado Mayordomo. 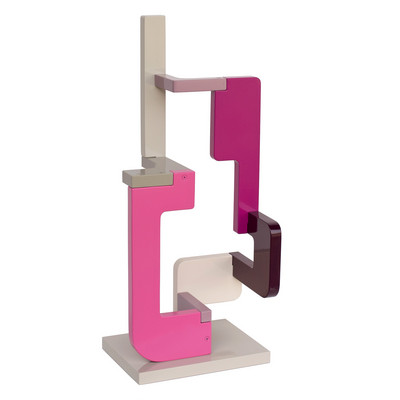 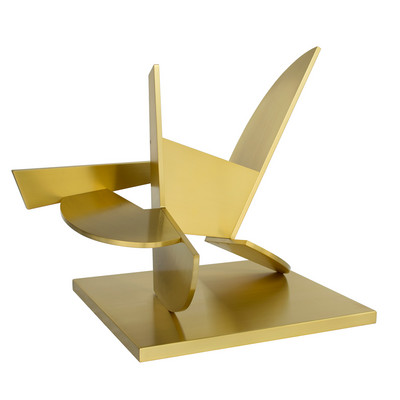 In the edition of Art Madrid'18, One Project is made up of the following projects:

Alejandro Monge (Zaragoza, 1988) with 3 Punts Galeria (Barcelona). Endowed with a solid plastic formation and interested in the complex channels of figuration in the current creation, the recent research of Alejandro Monge seeks to investigate the economic contradictions of our present. Conformed as a series and grouped under the title "European Dream", its latest proposal is organized around the conceptualization of money as an index that modulates our understanding of the world in a context mediated by the financial crisis of 2008.

Candela Muniozguren (Madrid, 1986) with Bea Villamarín (Gijón). The sculptural work of this artist poses an intimate communication between her creative developments, where minimalist forms dominate, and the multiplicity of chromatic effects. 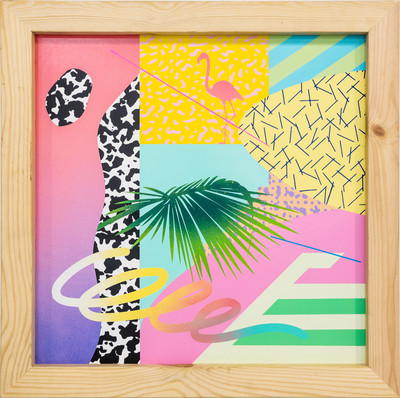 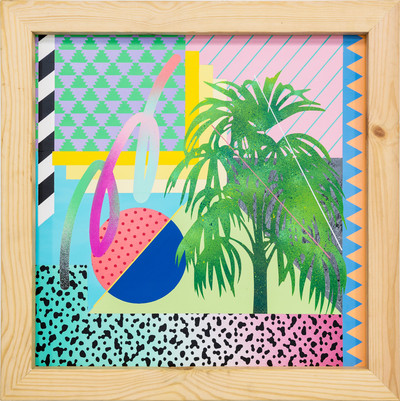 Antonyo Marest (Alicante, 1987) with Diwap Gallery (Seville). The jumps of scale, the exit of the interior of a museum to the clarity of the streets, the urban style shared with the public in the form of painting, sculpture and photography. Marest has geometry as a symbol of personal growth and positivism about architecture, line, plane and color. From Seville, DIWAP Gallery works immersed in the most current contemporary art, with the aim of approaching a demanding public and always in constant search for new contributions to the local and national art scene. With a special inclination towards young and urban art, DIWAP Gallery has been defined by the representation of its artists and their works. In short, DIWAP invests in the investigation of new lines of contemporary works and new forms of curatorial projects, preferably linked to mural art and installation. 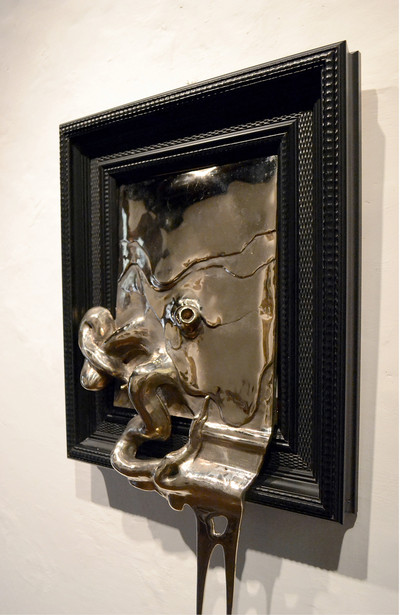 Carlos Nicanor (Las Palmas de Gran Canaria, 1974) with Artizar gallery (La Laguna, Tenerife). Brossanian sculptor, his creativity aspires to create works that are at the same time caustic alteration of the object and its meaning. The sculptural intensity of Nicanor is poetic in nature.

In 1989, in the center of the city of San Cristóbal de La Laguna, on the island of Tenerife, the Artizar art gallery began its journey, with the main objective of making known and establishing a meeting point for art in the Canary Islands. A wide range of artists from the islands has passed through its walls, from paintings of the XVIII, XIX and XX centuries, contemporary painters of recognized national and international prestige and, of course, young artists who have grown up with the gallery. 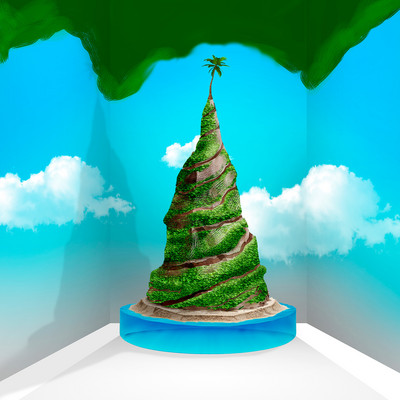 Bernardo Medina (San Juan, Puerto Rico, 1965) with Nuno Sacramento (Ílhavo, Portugal). Distinguished by his ability to integrate objects found in his travels, to create beautiful and strong abstract pieces, the artistic development of Bernardo Medina has been the result of a long process of study and experimentation from the everyday to be projected in paintings and sculptures with a strong visual poetics

The Nuno Sacramento Gallery has been active since 2003 with the opening of its first gallery in the city of Aveiro, Portugal. In 2009 he moved to the nearby city of Ilhavo, to a space specially designed for a gallery of contemporary art, where it remains until now. It annually develops around six solo and three collective exhibitions, in the disciplines of painting, sculpture, photography, installation and video. 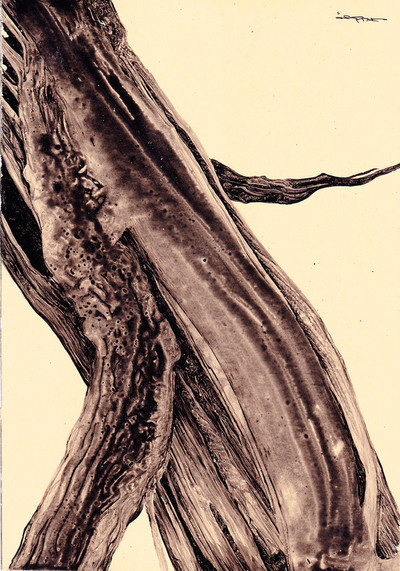 Jugo Kurihara (Japan, 1977) with Pantocrator Gallery (Suzhou, China). In his works, he combines Asian and European artistic languages and successfully converts it into his own expression: images of a disturbing beauty, capable of referring unpublished worlds, of tracing complex writings and, above all, of mobilizing the spectator in front of a flowing painting that always seem to be about to stabilize in a specific iconography.

Pantocrator Gallery is a project for the dissemination and production of contemporary art by emerging international artists in any of its disciplines. Pantocrator Gallery, as a nomadic project that is, has its physical headquarters in the Chinese city of Suzhou, but it has visited cities such as Barcelona, ​​Berlin or Shanghai in which they continue to work eventually. Pantocrator Gallery works as a cultural bridge between Asia and the West. 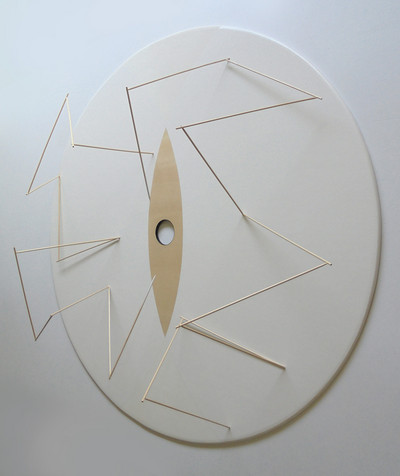 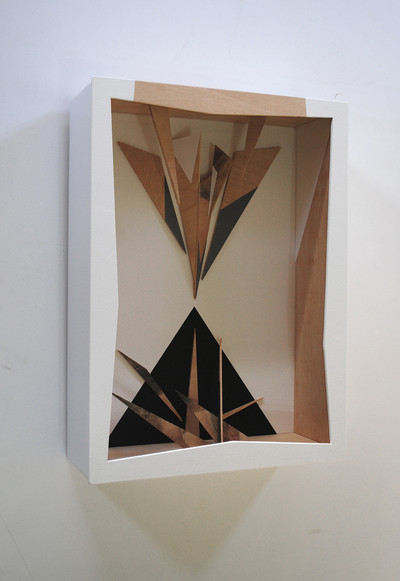 Aina Albo Puigserver (Palma de Mallorca, 1982) with Pep Llabrés Art Contemporani (Palma de Mallorca). Experiences that go beyond the senses, Aina Albo investigates and approaches her emotions and sensations to understand them better, giving them shape and color in an attempt to turn the abstract into concrete.

Pep Llabrés, after a long journey in the sector, opened his own space in April 2015, and since then focuses his activity in the field of contemporary art, giving visibility to young values with new languages of expression, without forgetting the contribution to the art world of artists with more experience, both national and international. 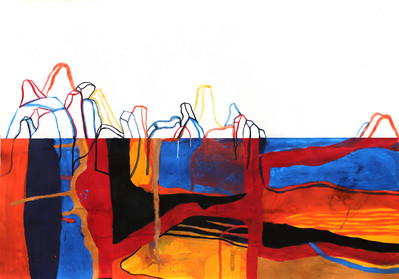 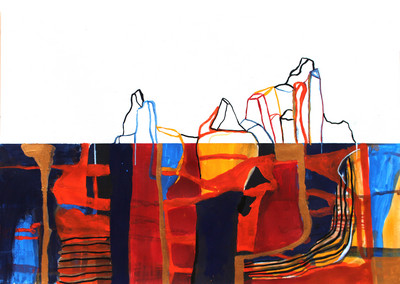 RV Cultura e Arte is a contemporary art gallery based in Salvador de Bahia focused on works on paper (drawing, painting, collage and printing processes) and emerging Brazilian artists. Inaugurated in 2008 by Larissa Martina and Ilan Iglesias, RV Cultura e Arte carries out a diverse annual program offering at least four exhibitions as well as workshops, talks, guided visits and viewings that foster a closer relationship with the local community, collectors and curators . Since 2011, RV Cultura e Arte has also developed an editorial project with artist books and graphic novels.

A mixed and international selection, different perspectives and starting points that find, in One Project, common frequencies in which to dialogue and share a handful of concepts. However, as Delgado Mayordomo explains, "these lines work only as a tool box to think about the work of artists without denying the relevance of other constructions".

“Everything that reduces art to a subjective, subconscious and spiritual discourse is a total adulation that discredits the art world”

Lino Lago looking forward inspiration in daily life to create a painting with a great conceptual load. In his most recent series entitled Fake Abstract, which he will exhibit at Art Madrid with the Moret Art Gallery, he plays with the characteristic elements of abstract painting: line and colour, where under a painting of flat colours they are guessed, through lines, famous classic portraits.

His work has been exhibited in renowned national and international spaces such as the Flint Institute of Michigan and the outstanding George Adams Gallery in New York and has participated in important fairs such as Arco, Art Miami or Art Fair “SH Contemporary 09″ from Shanghai.

Moret Art brings your production back to the Fair. How do you feel your work fits in Art Madrid?

Works of art today reflect the individualism of their authors; works of art are mobile, they travel and fit anywhere. Needless to say that this individualism is a generalized feature. There is another more academic art which is institutionalized art, less free. Art in Institutions and Government museums is the only one that has reliable regulated guidelines when it comes to “fit” in such places. In this case I normally refer to propaganda art. Art Fairs are generally perfect places to find free art (if that were possible, or made sense to some extent, or if we understand art as a social phenomenon based on liberty.)

In your work we can perceive the questioning of the glance as an abstract concept. How do you think contemporary art is viewed today?

There is a social stream that views art with some criticism and skepticism. I think this is healthy and it has a foundation that we do not want to analyze in depth. If we compared it to some other areas we would understand why. For example, in sports we can clearly see a more normal “justice.” He who is objectively faster or stronger wins. Talent in the sports world is something evident and because of that sports are disdained by the world of art. I believe anyone can reach their own conclusions. By all means Art is (in theory) an intellectual phenomenon, which does not mean that art turns intelligent anyone who approaches it, just as anyone who touches a soccer ball is not a Maradona. As an intellectual phenomenon it is impossible for art not to have lots of misguided argumentations, false judgments, sophistry, and hot air. 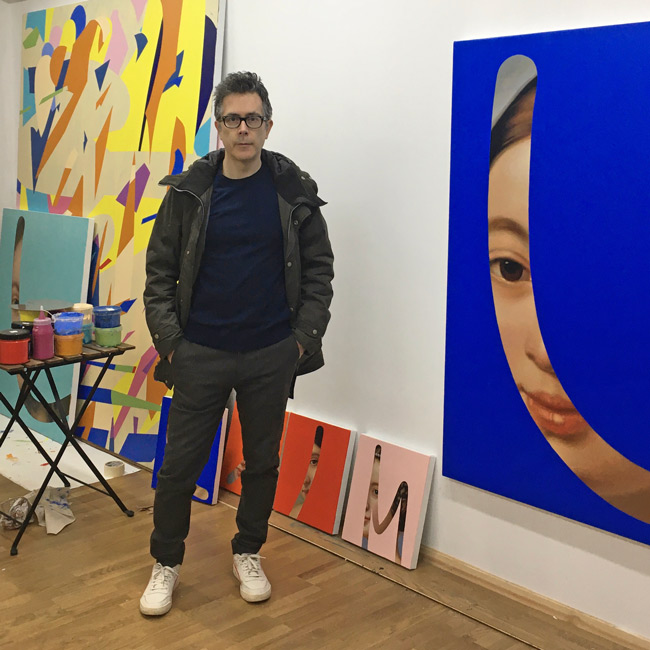 Your work has been recognized internationally on many occasions… Do you believe that artistic recognition is a dynamic facet?

More than dynamic. The results an artist needs are the sequel of the relationship between the artist and his work and society. This is something that is not learnt in any university.

As an artist, what do you feel committed to?

With liberty. This word has almost been shunned from the paraphernalia of today’s art. I am very critical with official art which is nothing but academe. In my work I introduce 19th-century academe as an ironic way of pointing out this problem: I believe that postmodern education and philosophy have been, and still are, a hoax that has diminished the intellectual capability of the humanities.

Criticism through irony over a great technical mastery is your hallmark. Although you have a diverse production… do you feel a unity in your work as a whole? Is that generated consciously or is it a natural artistic trait?

In my case I am aware of it. Besides, it is the process of hard work. To speak of naturalness, and above all to speak of unconsciousness is an aberration. Whatever reduces art to a subjective subconscious or spiritual discourse is an all-out sham that discredits the world of art.

Do you believe that artistic originality is getting to be difficult to find? Is it there where the value of your work rests?

I believe so. Although the difficulty here is to decide what to be original means. In times where the cultural predominance is in the hands of the passing anecdote, the emptiness, and the all goes… perhaps originality might be something else, right?