Hispánica Contemporánea (based in Madrid and Mexico), one of the veteran galleries in Art Madrid, proposes for this edition a proposal with national and international artists that could be framed within trends such as Pop Art, Conceptual Art, Activism and Neo-Pop in contrast and interaction with other more current artistic trends such as kinetic art, neo-figurative art and street art. Hispánica Contemporánea proposes in its stand a historical journey through purely contemporary discourses and aesthetics.

The pop culture will be very present at Hispánica's booth. We will see it in the pieces "Flat Depth " of the American artist Paul Rousso, who from a flat surface creates volumes, turning a flat object into a three-dimensional one. Rousso, using complex techniques and under a satirical and ironic approach, discards and wrinkles elements such as American dollar bills, candy wrappers and pages from magazines and newspapers, inflating them to extraordinary dimensions. 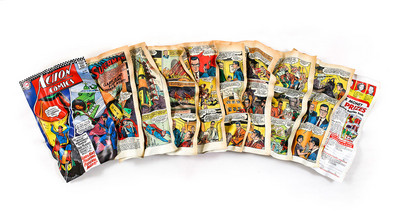 The artist (also American) Peter Anton, in the wake of Rousso, creates realistic and giant sculptures, but this time food is the protagonist, especially chocolate candies and other sweets. Anton exaggerates the size of food to give it a new meaning; his creative process begins by smelling, dissecting, feeling and deeply studying the food he is going to represent.

The Italian artist Fidias Falaschetti is concerned with other issues related to pop culture such as consumerism and the globalization of the media. Falaschetti, from an ironic and playful point of view, investigates in his work the relationship between digital and analog, appropriating materials and elements or characters from the past and transforming them into contemporary objects. An example of this is his iconic Disney characters in resin covered in aluminium. 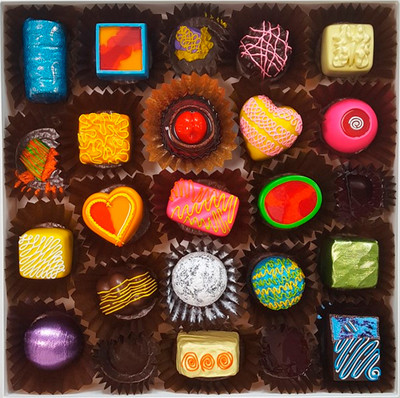 The sculptural installations by the American artist Rafael Barrios and the kinetic pieces in ceramics by Carlos Cruz Díez represent a turning point in the Hispánica booth. In the work of these two artists, both pioneers in their artistic tendencies although with different plastic discourses, color has a fundamental role.

Rafael Barrios plays with geometrical forms, volumes and colour, building his sculptures in a direction totally far from the orthodox, defying the laws of space and generating new perceptive alternatives with his "floating virtual works". Hispánica Contemporánea is the only gallery that represents Rafael Barrios in Spain.

The Venezuelan artist Cruz-Díez conceives color as an autonomous element, which evolves in space and time, without the help of form or support, in a continuous present. In his delicate ceramics of the series "Cromovela", works that we will be able to see in Art Madrid, we observe how the artist takes the kinetic art to its maximum expression in the land of the three-dimensionality. 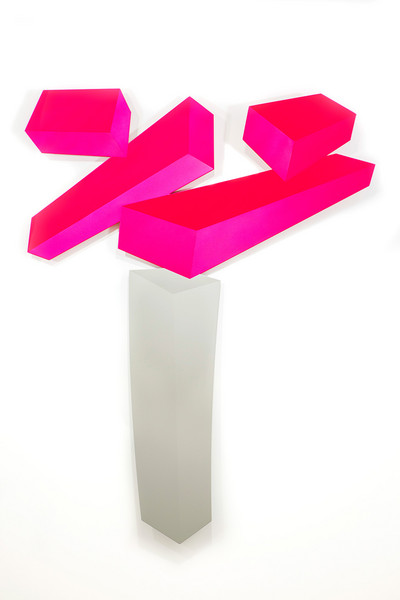 Xavier Mascaró and Manolo Valdés, two artists with solid careers and with whom Hispánica has been working for years, will show at the Fair a selection of pieces that could be included within the neofigurative trend.

The pieces by Xavier Mascaró that Hispánica will present in Art Madrid, are a sample of the different lines of research with which the French artist has been working since his beginnings. It is worth mentioning that the artist has recently been included in the list of artists of the prestigious Opera gallery and we will be able to see in Art Madrid a selection of his famous sculptures in iron, bronze and corrugated copper combined with his pieces in enameled ceramics.

From the artist Manolo Valdés we will be able to see work on paper of his characteristic representations of elegant and sophisticated "Gentlemen " and "Ladies with pamela " accompanied by small format bronze sculptures. 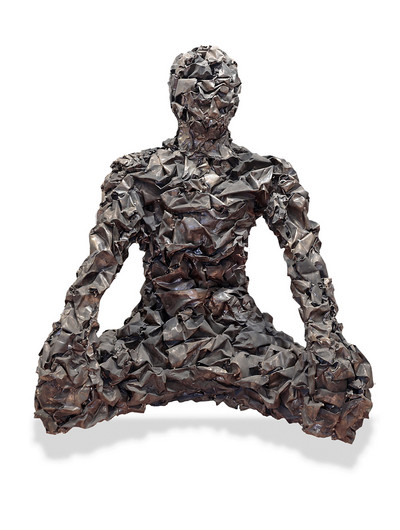 Mr.Brainwash, iconic street art artist, will bring "street art" to the stand walls. In his works we see again characteristic elements of the aesthetics of American pop culture fused with his personal style.

Exercising an absolute contrast with the work of the urban artist, we find the deep and symbolic paintings of the Basque artist Guillermo Fornés Through a very personal language, the artist wants to transmit "his expressive force, and at the same time, give the work the poetics and subtlety that make up his plastic identity. In this way, he always speaks of the emotion." His large canvases charged with symbolism, awaken timeless emotions and feelings. 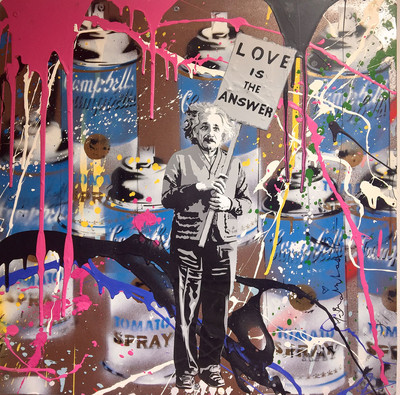 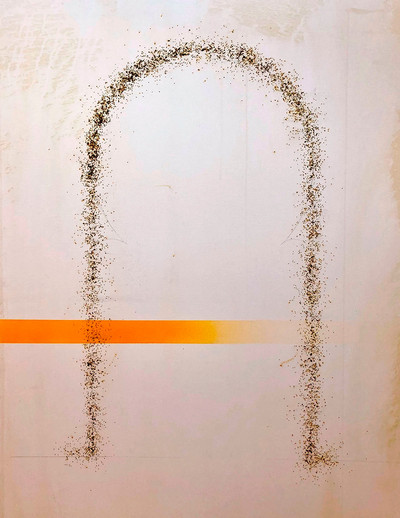 Crowning the stand of Hispánica Contemporánea the monotypes of one of the most influential artists in contemporary conceptual art, the American Mel Bochner, who works exclusively with the gallery Hispánica in Spain and Mexico.

Bochner is, together with Joseph Kosuth, Art & Language, Lawrence Weiner, Douglas Houbler and Robert Barry, responsible for one of the artistic revolutions of the moment. Trained in an artistic environment (his father was an advertising sign painter), his interest has always been focused on the purely conceptual rather than the superficial. Influenced by his father, from an early age he became interested in strictly verbal information and the meaning of words. Little by little, Bochner begins to divest himself of the elements most closely linked to the pictorial (colour, plane, surface) in order to explore the possibilities of the linguistic universe. Later, he recovers colour in his works to make it an indispensable element in his work. 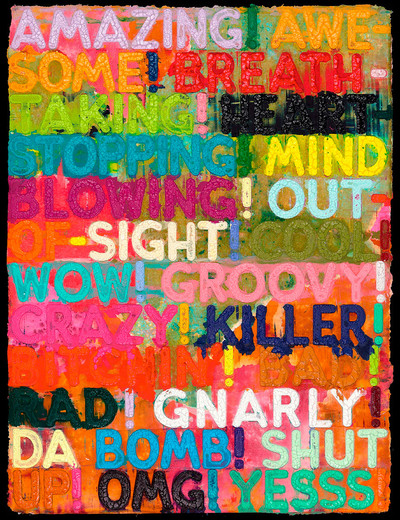 In art works such as "Blah, Blah, Blah" or "Amazing", the semantics or meaning of the words, varies as we read them. The artist explores the duality between the solitary and private nature of writing and the way in which the final product is exposed openly to the public, bringing together an immense wealth of subjective gradations in language. 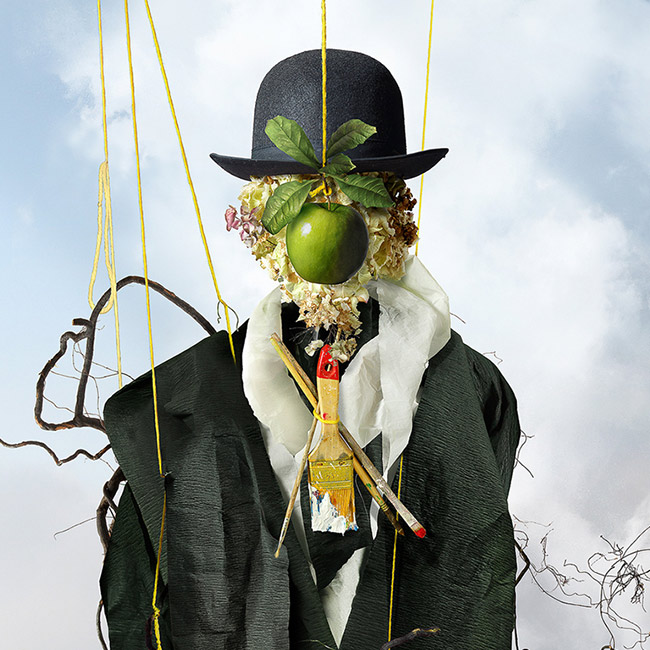 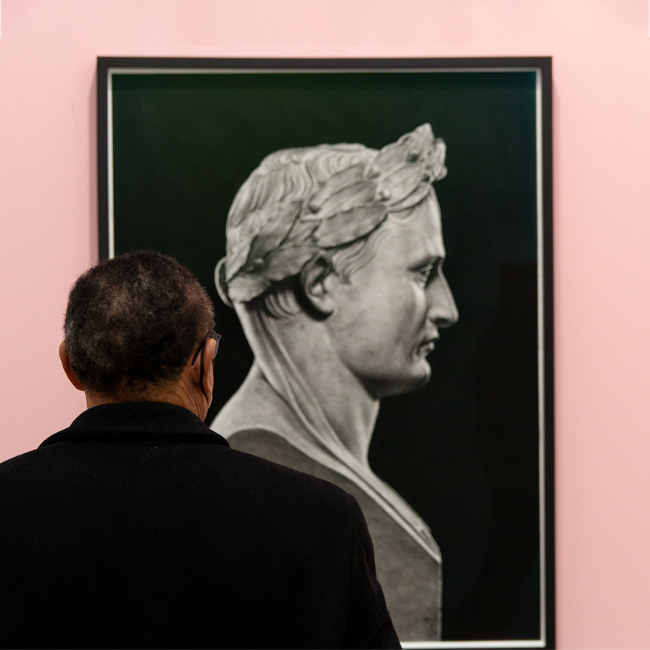 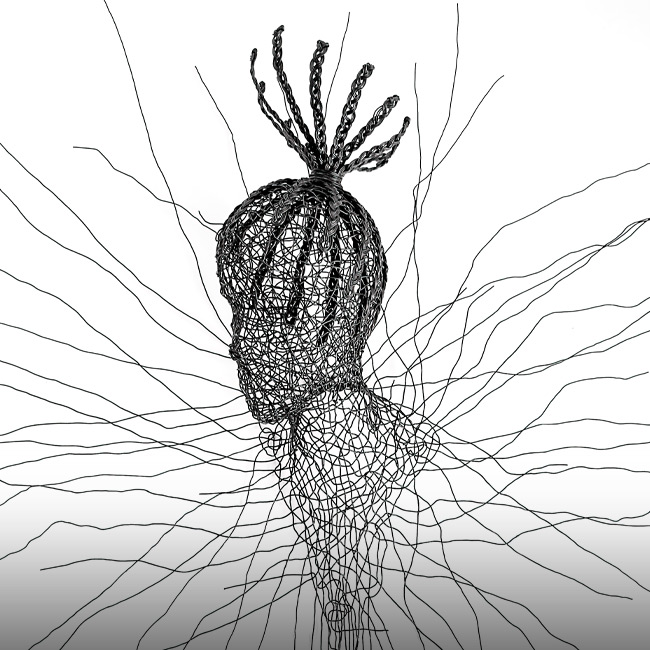 THE FAIR: AN "UNMENTIONABLE PARTY." 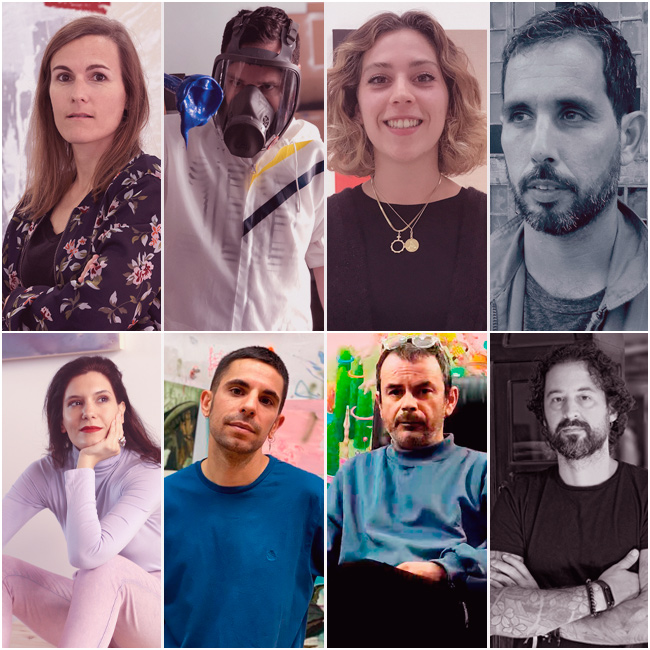 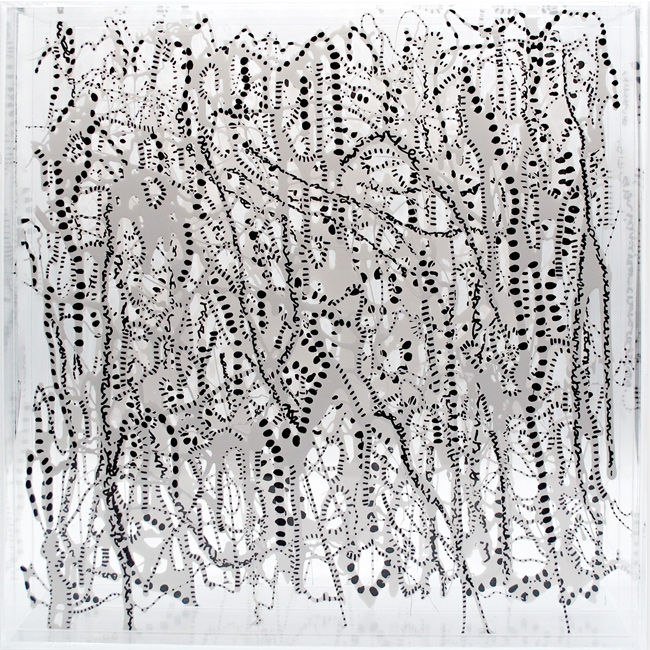 WHO SPEAKS AND WHERE? LATIN AMERICA AND THE CARIBBEAN AT ART MADRID 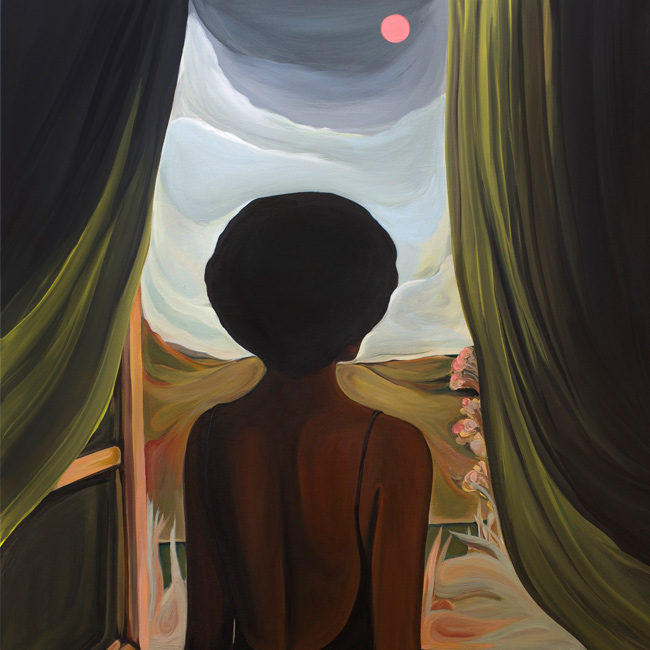 AFRICAN ART: FROM THE OUTSIDE 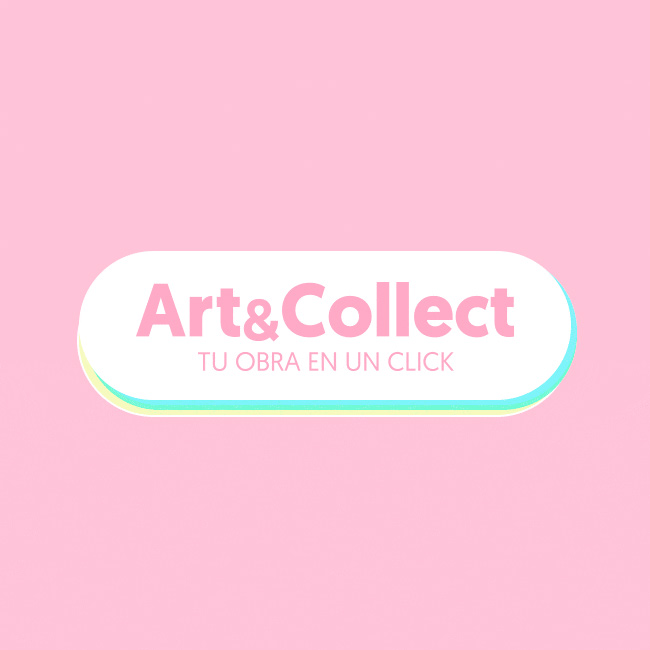 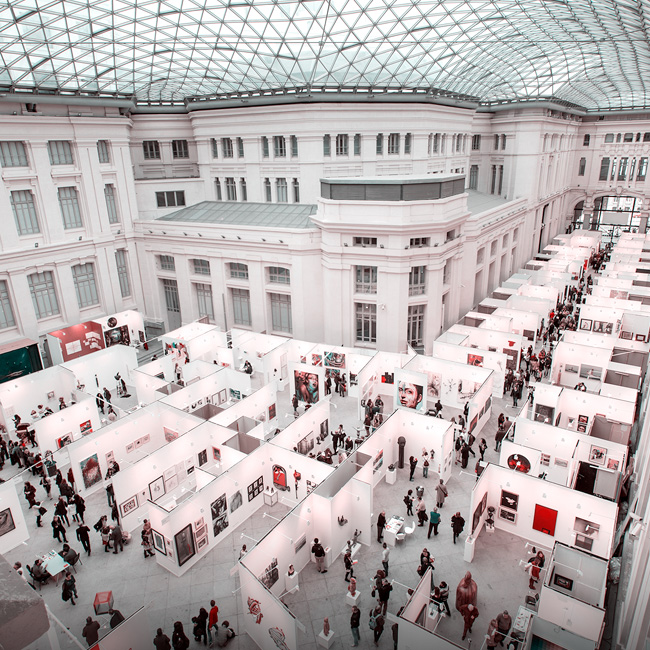 ART MADRID'23 COMES OF AGE WITH NOVELTIES IN ITS PROGRAMMING 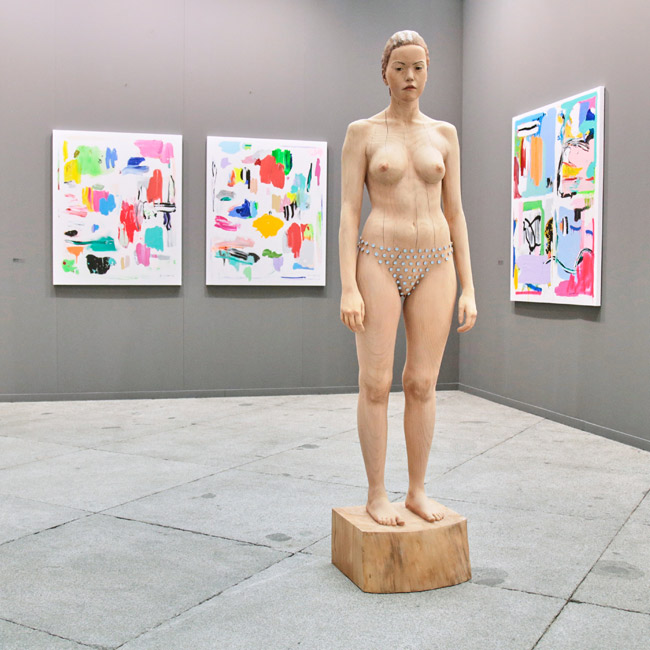 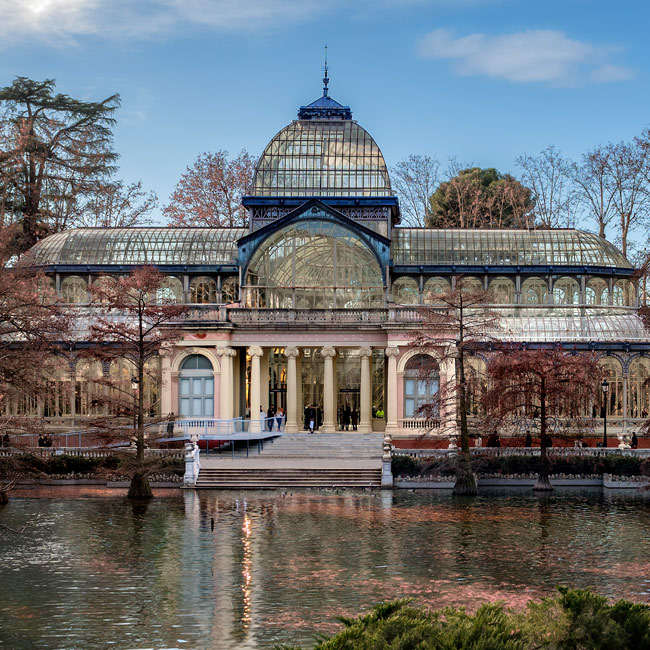 For another edition, Natalia Alonso Arduengo (Madrid, 1984) will be the curator in charge of carrying out the program, which will revolve around the theme of IDENTITY, taking as its starting point the verses of the poem Otherness by Mario Benedetti:

The concept of identity will be analyzed in a contemporaneity marked by alienation, the uses of technologies and the keys of gender, class and race. How do we see ourselves? What image do we project? Who do we want to be? What social conventions impose a particular way of being in the world? Can we generate a new conception of the self?


Art Madrid'23 Curated Program will be dedicated to young artists as a platform for visibility during Madrid Art Week, an event par excellence for contemporary art at a national level. It is proposed as institutional support from the fair to allow four creators the possibility to show their projects in an event and commercial space such as an art fair. Will be articulated with an installation by the artist Dela Delos (Oviedo, 1992), an installation painting by Lorena Gutiérrez (Havana 1987) and two performances that will take place during the days of the fair; the performers are Agnes Essonti (Barcelona 1996) and Alexia Sayago (Madrid. 1995). Over the next few weeks, we will discover more in-depth the works and performances of these four creators.

On the other hand, to relate the program with the proposal of the participating galleries, it is proposed to continue with the curated tour. This tour starts from a selection of works from the stands of various exhibitors, forming an itinerary to follow under the curated speech of the edition. An itinerary from the concept of "identity" will guide us through the fair, reflecting on various issues: How do we see ourselves? Who do we want to be? What image do we project? What social conventions impose a particular way of being in the world? Is our identity as clear as we think, or is it constantly reformulated throughout our lives? 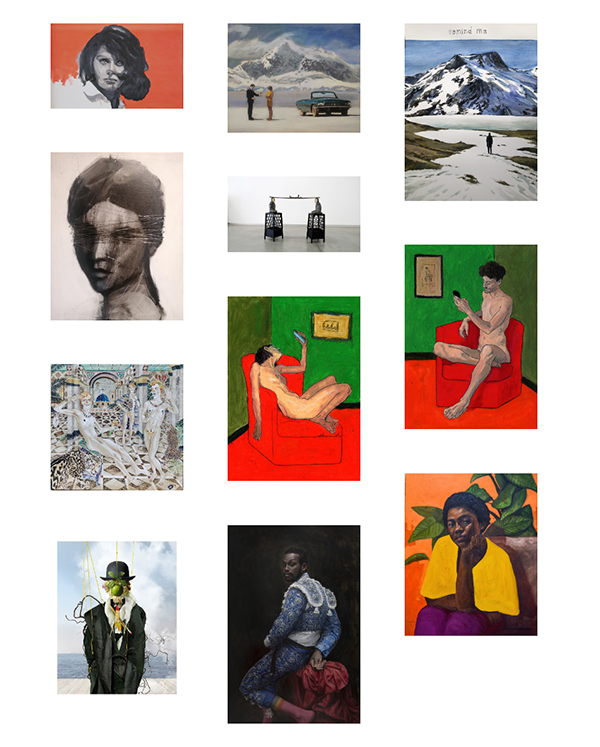