"VARIACIONES" BY VIRGINIA RIVAS AND "AVATARES" BY ROBERTO LÓPEZ, WITH DDR ART GALLERY

"VARIACIONES" BY VIRGINIA RIVAS AND "AVATARES" BY ROBERTO LÓPEZ, WITH DDR ART GALLERY

DDR Art Gallery is participating for the second consecutive year in the One Project program of Art Madrid. “Variaciones" by Virgina Rivas and "Avatares" by Roberto López can be seen at the Fair as part of the project "Salvajes. La cage aux fauves", curated by Fernando Gómez de la Cuesta.

The art works that the artist Virginia Rivas (Madrid,1981) will present in Art Madrid are part of a wide project called "Variaciones", in which the artist investigates about the color in our environment as well as the perception that we have of the same one depending on our emotional state and of the political and social situation of each one of us. Rivas analyzes our reality through colors.

The artist from Extremadura experiments with painting from a classical pictorial process, investigating forms and matter through abstraction and gesture. Rivas also relies on other artistic media such as photography in its various forms (polaroids, slides, etc.), video, light boxes or neon. 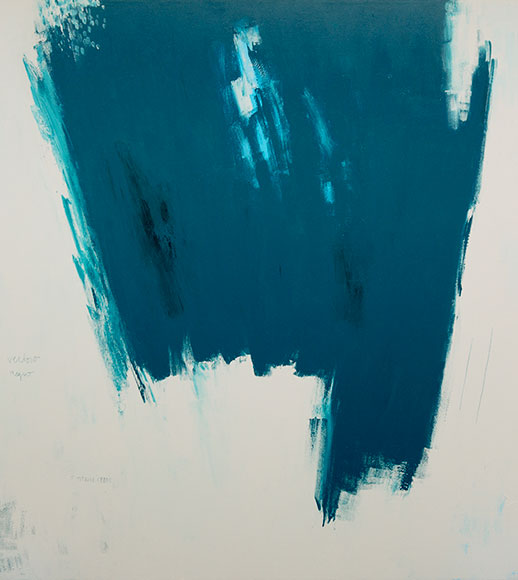 Virginia Rivas incorporates in some of her works small written texts, generally fragmented and sometimes practically illegible, but which are part of a narrative discourse that is totally intentional on the part of the artist, who integrates the graphics of the words as another plastic element of the composition. The expressiveness of the gesture, the colour, the light and the words are part of the abstraction inherent in her work, through which Rivas investigates intimacy and collectivity, establishing a fundamental game in which space and the spectator are indispensable.

The tandem of artists participating in Art Madrid with DDR Art Gallery is completed by Roberto López Martín (Madrid, 1982). "Los niños tele, el nuevo homo videns" includes a series of works with which he participates in "Salvajes". The artist works with different plastic languages that range from his studies in graphite and wax to his collages, present in another series such as "Fluffy Children". In Art Madrid, the artistic proposal is centred on his sculptures, known as "avatars" worked in fibreglass, resin and other materials. 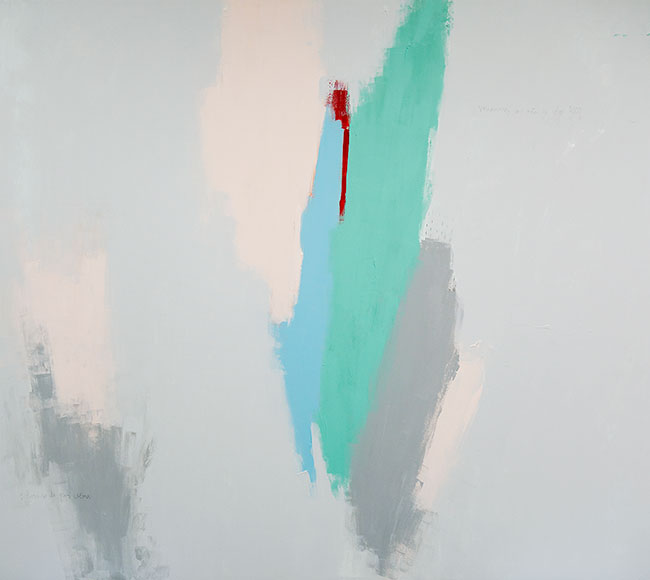 In "Avatares", López Martín focuses on childhood, on the innocence of the child when he begins to create a relationship with the objects around him, giving his toys imaginary values and personalizing them in a subjective way. This relationship, according to the artist, "is distorted when corporations enter to participate establishing uses and forms of consumption on the different toys, making these pre-format a way to relate to the world of children".

Roberto López's sinister avatars fight against all manipulation by the toy industry and in his "ready made" pieces he reconstructs and assembles pieces he finds in the garbage or selects consciously using his sense of humor and his most perverse sensibility. 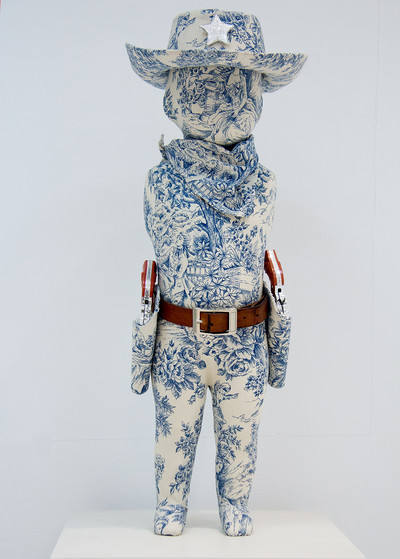 DDR Art Gallery focuses its efforts on promoting the work of both established and emerging Latin American artists. In the virtual space of DDR Art Gallery, we find works from almost all disciplines: photography, sculpture, collage, illustration and urban art. DDR Art Gallery were pioneers in the direct sale of contemporary art on the Instagram platform, and without a doubt, the presence both online and in social networks, is the basis of the project since its inception. Its main motto is: "If you're not on Google, you don't exist." 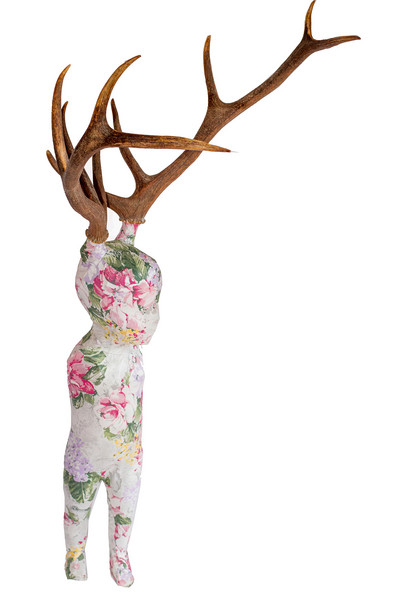 Since it was founded in 2006, the gallery maintains two lines to promote the work of its artists: online sales and attendance at national and international fairs, with a clear focus on the contemporary art market. A third line of promotion and sale is the space of Theredoom Gallery in Madrid, where DDR Art Gallery organizes individual and thematic exhibitions. In addition to Rivas and López Martín, DDR promotes the work of six other artists: Annita Klimt, David Delgado Ruiz, David Heras Verde, Evangelina Esparza, José A. Vallejo and Raúl Casassola. 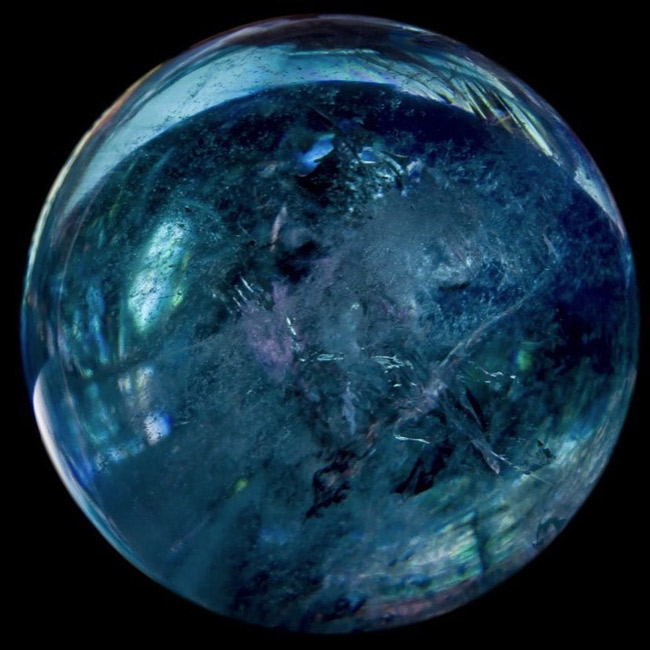 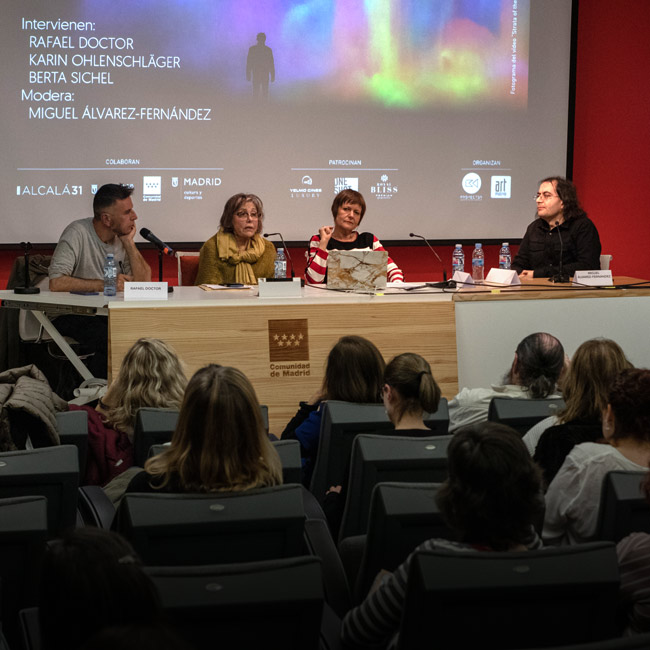 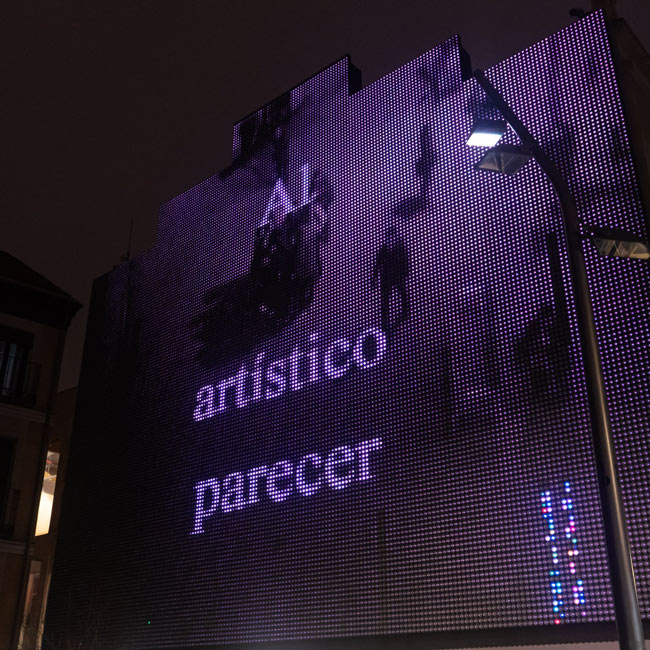 One of the purposes of the “Art Madrid-Proyector’20” program was to offer the opportunity to get to know the work of some invited creators, and, through an interactive talk, allow the public to open a direct dialogue with them. For this reason, from February 12th to 14th, were organised three masterclasses at Medialab Prado with Patxi Araújo, Olga Diego and Lois Patiño, all authors who work with the moving image, but who approach their projects from a diametrically opposite perspective. With this agenda, we were able to discuss three essential lines of current video-creation: the fusion with technology and artificial intelligence, the shaping of performances for documentary purposes and video art with film overtones. We already had the opportunity to remember the session with Patxi Araújo and his site-specific work "Sherezade" created for the Medialab Prado façade. Today we will talk about the meeting we had with Olga Diego and Lois Patiño. 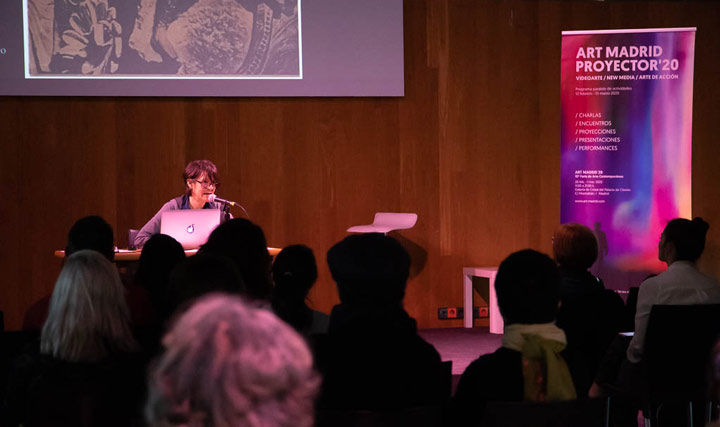 Olga Diego’s masterclass has as title: “The flight as a creative matter”. Olga is a multidisciplinary artist who in recent years has focused her work on sculpture and performance or action art, which she later documents with photography and video. This last aspect is one of the most interesting for her when she reflects on how the transformation of the piece from an experiential format to a recorded one takes place, and how individuals have become used to consuming this class of less invasive final products, from a space of comfort that our private devices offer.

One of Olga's main lines of research is related to autonomous flight systems and the creation of artefacts capable of rising with little energy. Can one create a material lighter than air itself? This idea has led her to experiment with numerous scientific forms and concepts, as well as taking a historical journey through the beginnings of flight and the progress of humanity to invent devices capable of flying. It is not just about recovering the history of aviation, something that has a much more technological and commercial side, but to investigate the ideas, experiments and tests that analysed the behaviour of air, the dynamics of flows and the design of individual aerodynamic structures, a concern that the human being showed since the Renaissance, with Leonardo Da Vinci. 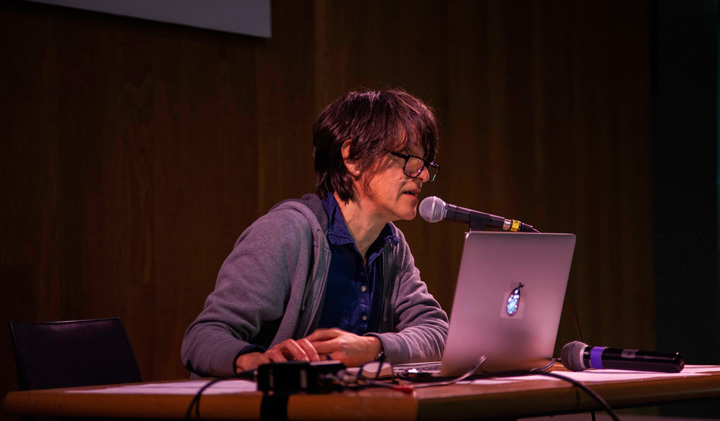 Olga recovers many of these concepts and applies them to her recent projects. In her latest proposals, she has also worked with inflatable figures, as an alternative to conducted flight, using plastic materials for its construction. Her last exhibition “The automatic garden”, which could be enjoyed at the Alicante Museum of Contemporary Art and the Lonja del Pescado Exhibition Hall, also in Alicante, is a gigantic installation made up of almost a hundred inflatable-electronic sculptures inspired by the beautiful, extravagant and suggestive characters from the Garden of Earthly Delights, by El Bosco. This cloud of humanoid and zoomorphic figures, which move and beat thanks to the electronic mechanisms that keep them permanently inflated, also portrays the excesses of man, his lack of concern for the invasion of the environment, the overexposure to plastic and the exploitation of natural resources. A composition that focuses on "sin", as an indirect message that was also conveyed in the work of El Bosco. 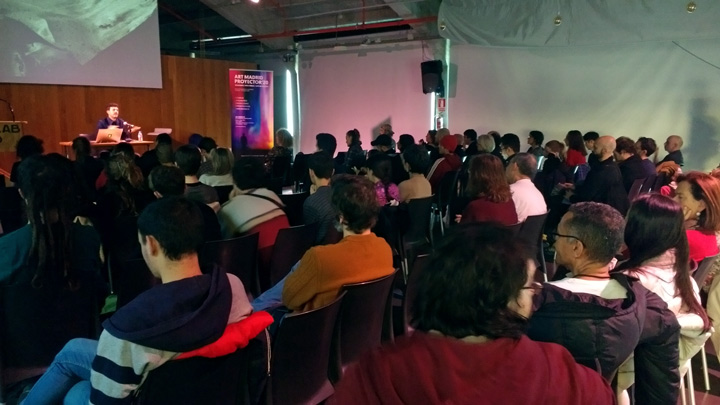 For his part, Lois Patiño's career is intimately connected to film work. “Time and image” was the title of his masterclass. His video pieces, whether brief or feature-long films contain a concern closely linked to film language, but on a path that leaves conventional narratives aside. Among the main motifs that occupy his work, Lois opts for more contemplative aesthetics, where the expressive power of the image itself is prioritised, without seeking too many added effects in conventional cinema through sound effects, dialogues or other devices.

This is why Lois's work is so poetic and lyrical. His proposals incorporate technological innovations to cause very concrete effects in his works, but all of this helps to delve into the issues that concern this creator and that, since his beginnings, have been present in his work. 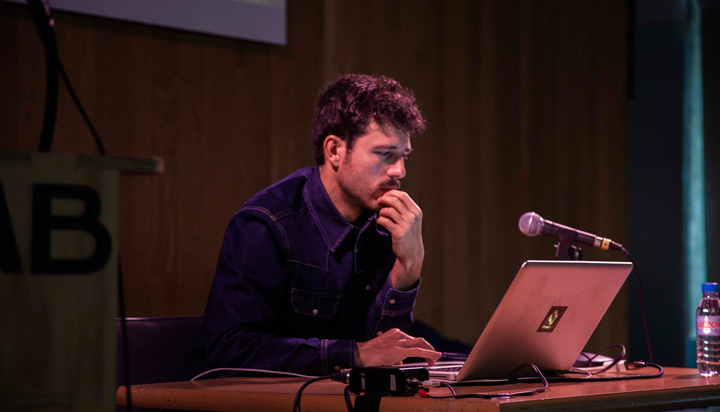 Lois Patiño has always been interested in the relationship of the individual with the landscape and how it can modulate our way of behaving in society and determine our idiosyncrasy. To what extent are we dependent on our environment? How is culture defined by its connection to the landscape? These and other questions plague the author's work in which many contemplative images abound.

In addition, Lois presented us in scoop the trailer for his latest feature-long film "Lúa vermella" that a few days after the masterclass was officially presented at the Berlinale - International Film Festival in Berlin 2020.