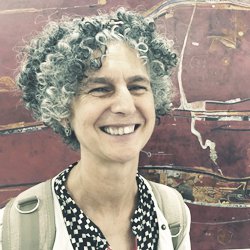 Ana Maria studied Philosophy at Faculdade Letras do Porto, beginning her activity as a secondary school teacher. At the same time, begins her artistic career in several fields of Fine Arts. Since 1980 the artist has taken part in national collective exhibitions and some abroad such as: "The Roaming of Portuguese Art" - Japan in 1998. Being represented in numerous private collections and public and private institutions, Ana Maria was awarded several times, being the last in 2005 with the Amadeo de Souza Cardoso Prize. Besides the activity of a painter, the artist is engaged with plural activities: she collaborates in events and art workshops organized by artists, galleries and institutions; she is part of the Prize Jury António Gaio, at the ‘Espinho International Animation Film Festival – CINANIMA’, which will celebrate its 34th Edition; in the area of theater and performance worked as a team, at the level of aesthetic design, scenic space, costumes and actor work; summing up, she has participated and organized multidisciplinary events (music, painting, video).